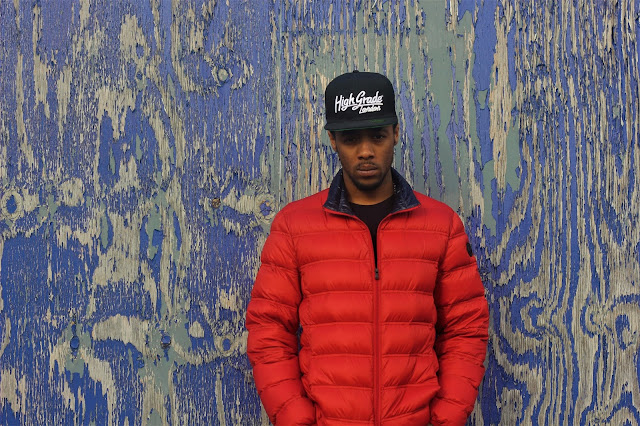 With the popularity of Grime music being the highest it's ever been many artists are putting out music again. We've seen an influx of the older heads of Grime return to the scene, but what about the guys who kept it going when Grime wasn't at its peak?

Around 2010/11 Marger was apart of the 'new wave' of Grime artists. The likes of himself, Rival, Scrufizzer, Kozzie plus Family Tree crew members (at the time) Merky ACE and Ego were making the most noise. The 'Spartan Remix' video being the perfect example of what Grime was about/sounded like at the time. Since then the artists have fizzled in and out of music. Some have continued to make music religiously, some have done music here and and there, others we haven't heard a track from in ages. Marger put out 'Blase' in 2016 plus the occasional aesthetically pleasing video too, but 2017 is where he's really putting his stamp on music. With this in mind I caught up with him to talk about his new release 'Max Headroom', who he's worked with etc, what he thinks of Grime in 2017 and who he thinks is next up too.

Marger hasn't been doing anything out of the usual as of late. He's still been making music, travelling, looking after his daughter, plus in general sorting his life out and improving himself like everyone else. The Grime scene in 2017 is very different now compared to when Marger broke through around 2010. I asked him what's the difference between then and now? What's changed?

"You know what, it's got more authentic. People are getting back into its roots. A lot of guys I've worked with had a had a formula and just ran with it and are now big in the game. Nothing's really changed in a negative way, it's just got positive.

I feel it's easier for me now, there's a bigger audience. Before Grime was just something you had to do as a hobby. If you said you were a Grime MC back in the day, nobody would really take you seriously, but now you can say it with pride. You get paid for it now and if you're getting paid for it it's a job. It's respected now. Not only do you get respected by your fans, but your family members can't really looking at Grime how they used to. Before it was like "ah they listen to that bullshit", but now they see the likes of Stormzy on TV and they're trying to get involved in the scene." 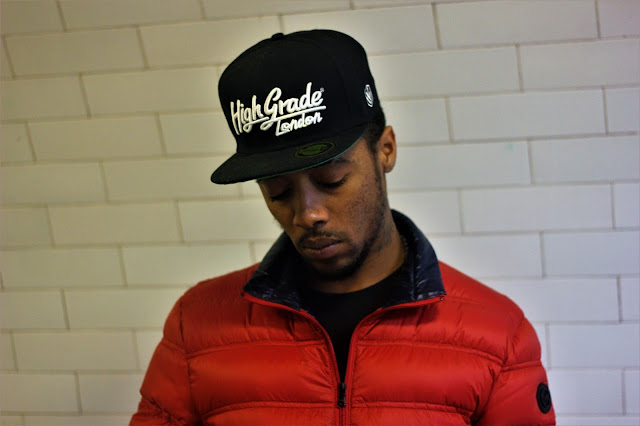 Many names have taken the scene by storm in the past few years. One of the names at the top of that list is AJ Tracey. For our 5th year anniversary set Marger was due to come down and spray a few bars, but couldn't for whatever reason on the night. Instead AJ Tracey came down with Big Zuu to fill the void. Since then AJ Tracey has exploded. With this in mind I asked him about who he thinks will be big this year.

"Obviously I'm going to say my people, so AJ Tracey is one. For me he stands out and he's doing a lot of things. He's worked with the likes of Rick Ross recently. Of course Big Zuu, PK too. When I brought AJ through I saw the new guys, I was aware of them but I didn't think they'd do what they've done. So there's a few of them, like Jammz and Rocks. Rocks is hard."

It's no surprise then that Marger recruited a couple of these guys for his 'Max Headroom' mixtape. PK, AJ and Big Zuu are on there, so are Jay Amo and Wax. One feature the older Grime fans will be excited to hear is Griminal back on Grime. Production wise Rude Kid and Son of Kick supply the beats.


"I've never really been about features, so if I've worked with them it's because I feel they're close to them. As in I know them. I don't just work with people like that".

Every artist needs to blow their own trumpet now and again. Whilst they may like every single track from their release, there's got to be a few personal favourites.

"I'd say my top three from 'Max Headroom' includes 'Cheeky One' with Rude Kid, that's my 'One Take' freestyle. I fully bounce to that. I vibes to that track. I like 'Jigsaw', it's a Rap track, it may not be some listeners preference, but I've said a lot of stuff on that track. Those who are about bars will like it. They'll appreciate it. I put that track together myself. I sat down in my house, recorded it, mixed it down, everything. When you hear the track you'll know why I'm saying it. My third track would have to be 'Sauce'. The reaction I got to that track was good man. I'm not really a materialistic person, but I've been cool, I'm good (laughs), so I'm saucey with it. I don't have to be pulling up in nothing mad, I've just got a wave."

With all the audio recorded, mixed down and ready for release the next stage is visuals. What's getting a video? What's not? Will the fans get a swaying say on the decisions?

"I'm just going to wait for the fans. Let the fans hear it then just keep bringing out more. This release is for them. It's like "you've been waiting on me so have this for now." I've got another project lined up for later in the year too. That's the proper thing. But for this one whatever I feel like needs a video I'll put one out for. Who knows, I might do one for every track".

Marger's 'Max Headroom' mixtape is out now for free. You can stream and download it below from Soundcloud.