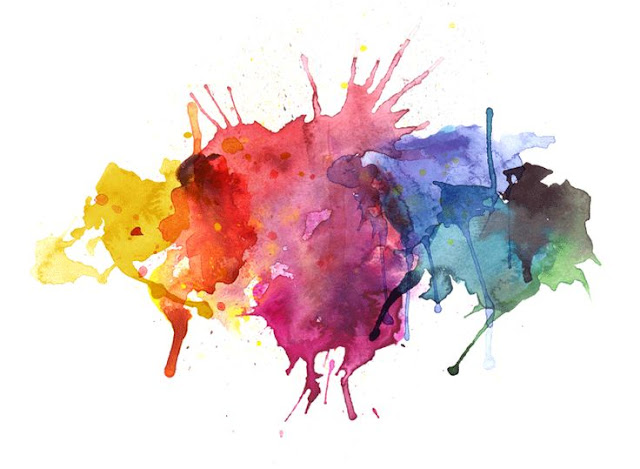 Whilst the concept of Grime music meeting art has been pushed via our Instagram last Spring, the wheels are in motion to make it a real life thing. Not just the digital word. In April there's going to be three events where music meets art. Two of those are specifically directed towards Grime, whilst the other features music artists who spit over Grime beats and artists who create pieces involving Grime MC's, producers, DJ's etc. 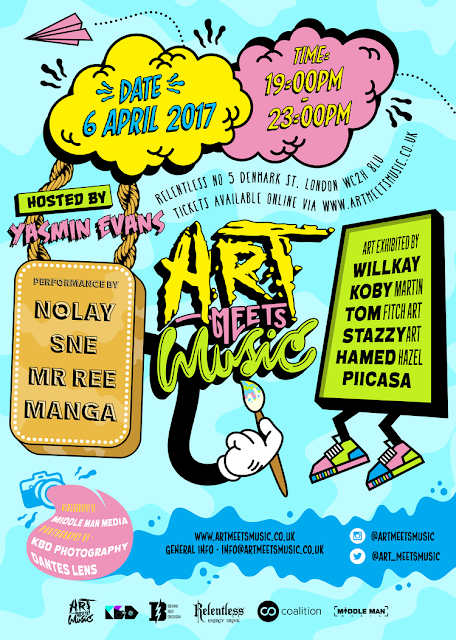 The first event to take place is 'Art meets Music'. Now into its fourth yeatr of mixing influential artists and music acts, the Relentless Energy drink sponsored event sees the likes of Manga Saint Hilare and No Lay take to the mics on the evening. Visually you'll spot the work of Tom Fitch, Stazzy Art and Hamed Hazel who've all been influenced by UK artists and had their work spread far and wide by said artists via social-media. You'd have noticed their work on the OUAG Instagram a good few times.

This event takes place on 6th April at No. 5 Denmark Street in London. Tickets cost £11 in total (early bird has sold out) and you can purchase one here. 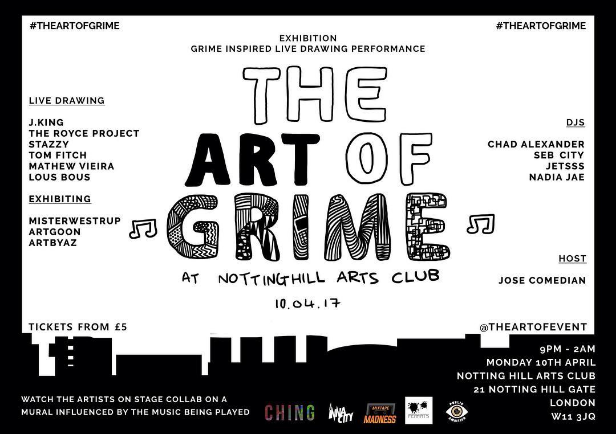 Following up from 'Art meets Music' is 'The Art of Grime' a few days later. Still in West London, this event takes place at the Notting Hill Arts Club. Visual artists on the night including the Royce Project, Mathew Vieira and J.King himself will be creating art live whilst the DJ's on the evening spin some Grime music. This'll be literally taking inspiration from the tracks they're hearing and putting them on paper infront of your eyes.

Jose Comedian will be hosting the event from 9pm-2am on the 10th April. Tickets start from £5 and rise to £10 on the door. Grab one before they're all sold out here. 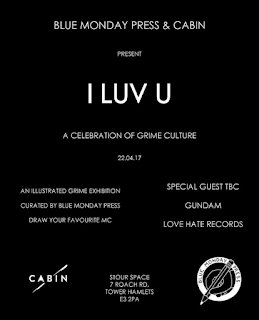 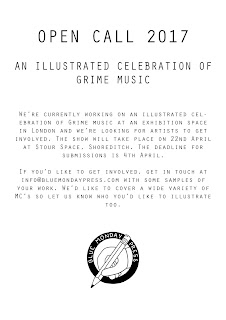 The third event is still slightly under construction. You may remember Ben Gore from his infamous Grime inspired Pokemon cards around the time Pokemon Go was released last year. Well, Ben is also putting on an art event celebrating Grime culture, but his is in collaboration with Blue Monday Press and Cabin.

'I Luv U' will take place on 22nd April at Stour Space in Shoreditch. There's currently at open submission of work if you'd like to get your art involved in the event. So if you're not too shabby with a pen, pencil or paint brush and love Grime music, drop an email to info@bluemondaypress.com with samples of your work. Who knows, this could be your big break? Submit your work by 4th April.
Premiere: Jakebob laces a velvety R&G beat on the introspective "Kold"
Premiere: Riddla brings shadowy cut "Take It Back" to Antennaterra's new compilation
Inside: Invader Spade shares his approach to imaginative new beat tape 'Final Round'
Interview: Doni Rampage on his history in grime, lessons learnt and future focus
Premiere: Prizma recruits Killa P and Long Range for skippy vinyl exclusive "Youtdem"