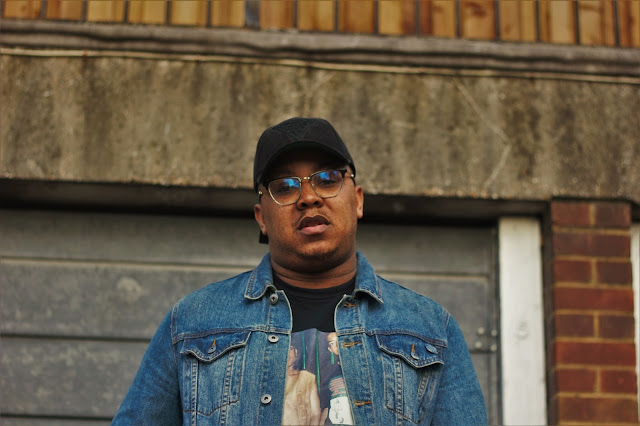 With his new release ‘Outbursts from the Outskirts’ on the horizon and having not interviewed Manga Saint Hilare since 2010, I thought it would be a good time to catch up with him. On a bright Sunday afternoon I took a trip to just south of the river to chat to Manga about ‘Outbursts from the Outskirts’, advice for the younger artists when releasing their music, working with Astroid Boyz and more.


It’s been eighteen months since Manga’s last release, ‘White Jean Suit Confidence’, at the end of 2015. Manga described ‘W.J.S.C’ as “being flash on Grime showing I’ve got bare bars”. So what’s the difference with ‘Outbursts from the Outskirts’? "It's straightforward Grime, but 'Outbursts from the Outskirts' is more talking for people who aren't in the circles of bread, the conversations from over here really. Our little voice over here".

The idea for 'Outbursts' was around before Manga's previous project 'White Jean Suit Confidence'. "Lewi B was sending me loads of beats but they weren't in the fashion of 'Outbursts from the Outskirts'. So I said to him we'd make a project, five tunes or so long. At first we had 'Still', the one for Fumin, and 'Uh Oh'. We done it pretty quickly and released it in December (a few months after 'the Reluctant Adventurer'). People really took to it. I didn't really promote it too tough, I had the original 'Different Pattern' on there actually. But I thought "nah man, we need to go again. I'm going to take the same time as I put into 'Reluctant Adventurer' and put it into another one with me and Lewi"".

The way Manga has put out his previous releases has been very structured. The artwork is always creative and very different from the norm. The visuals for his videos match this too. How did the idea come about for this Punk-esque artwork?

"I just wanted the cover to be simply due to liking photography a lot. The artwork came from doing various photoshoots and myself just wanting it to look cool. That’s what came to my brain (above artwork). I had an idea in mind which I then sent over to graphic designer Stevie Grimes to professionally tidy it up and make it actually look like what I actually wanted it to look like in the first place. The very first artwork was the t-shirt on the cover. The idea was to make the t-shirt up, shoot it then use that as the cover. I took too long with the project and by that time everyone started making t-shirts like that. So I scrapped that, still involved the t-shirt on the artwork and it is what it is now. I feel the artwork is very important, it gives you the look of what you’re going to have before you look at it. If I look at someone's artwork cover and it’s shit I think their stuff is pants straight away. They’ve put no thought into it. If you’ve put no thought into it then what are you saying? You’re not saying anything on there".

Some artists who are saying something though are Izzie Gibbs, Maxsta and Snowy via skits on ‘Outbursts’. Out of all the younger generation of Grime artists why has Manga chosen these three? "Because they’re my children (laughs). No I’m joking. Because they’re all people I’ve helped and been around since they were young and started their musical journey. I was going to have them all on a song, but I thought that was kind of cheesey. I’ve always had this idea of one tune going through a project with a beat with the MC spitting about one subject, or different things, which I thought was kind of cool because they all get to have their own voices on my vibes. I thought they were the best people, they’re like my little brothers, man. They get to say what they want to say on the tune, so they don’t have to feel like they’re competing against each other. I also wanted to get Aks on there too".

Another interesting feature on the release is Traxx from Astroid Boys. Aftering bumping into the Cardiff crew member in the lift at his old studio building whilst filming with Channel 4, Traxx invited Manga to hear their music in another studio down the hall. After being impressed with their music, describing it as “maaad”, Manga agreed to collaborate with the collective. From there the track ‘Rinsa’ taken from Astroid Boys ‘Bacon Dreams’ EP was formed.


"A few weeks later (after they met at the studio) they messaged me saying that they were performing at the Old Blue Last in Shoreditch and asked would I like to perform our tune together there. It was only round the corner from my studio at the time. I went to the show and it was insane. People jumping around, moshing, it was bonkers. When we performed ‘Rinsa’ the fans were screaming the words back to me. It was crazy they knew all the words like that."

Following his hit 'Different Pattern' alongside JME and Prez T on 'Outbursts' is a very different track, 'My One/God Save the Queens'. The track sees Manga promote female excellence and remind females of the queens that they are. The way it has been written is another style we’ve not really heard before in Grime either. “Woman should be appreciated, they’re sick. It sounds stupid but mandem aren’t always dissing them. But, obviously I’m older now and you appreciate them more. You look around and realise there’s not much for them, especially in Grime. Someone needs to say something, so I thought why not say it because it’s not really a thing that’s been said over these sides in Grime before. I don’t think they get told they’re great enough. We should be able to say it from our point of view too, not just women telling other women”. 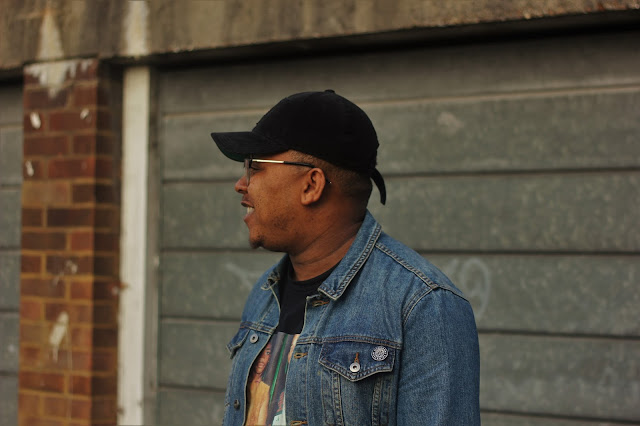 After hearing ‘Outbursts from the Outskirts’ several times now it seems Manga St Hilare has all angles covered musically. But how? He’s put out so many releases now what’s his secret? What are the do’s and don’ts that younger artists should follow if they want to establish themselves in the music industry? “Don’t overlook stuff. Don’t just do things for the sake of it. Think about what you’re putting out. Why are you standing there? Why does that picture look like that? Why’s it called that? So when someone asks you about it you have a reason. Later down the line it’ll be better for you. Your catalog will look better too. Do’s; do think about your branding, what your message is and who you are. Just be yourself because when you do get caught out, it’s going to be long for you. When you look back at it you’ll be thinking ‘what was I doing?’. What’s madder than that is if you’re doing you and something pops off and it’s not you, you won’t be lost. Because if you copy this musical persona and get a hit how are you going to create another when that wasn’t even you in the first place? It’s someone elses vibe you’ve ran with. Find your angle and enhance the best points about you”

'Outbursts from the Outskirts' is out now. Head over to Manga's Bandcamp to pick it up, Apple Music or Spotify.