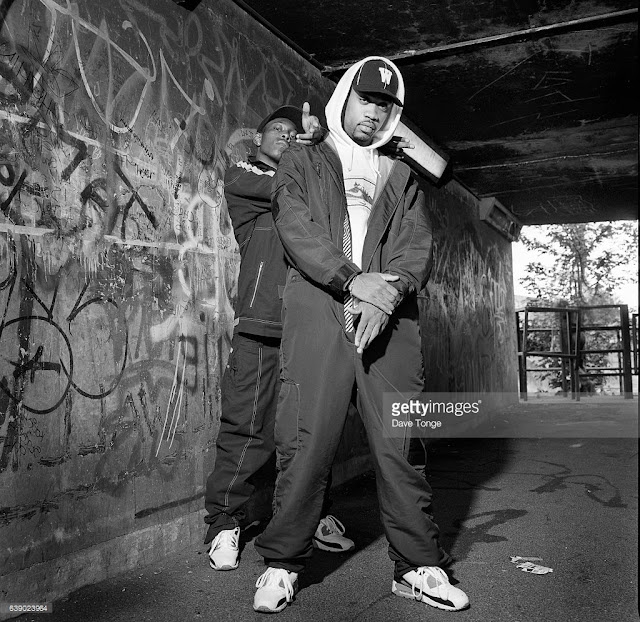 Remember the graphic 'CD Is Dead' video by JME and Tempa T popping up about a year ago? The one where the Grime duo flowed over 1979 hit 'Heartache No.9' by Delegate? Well the creator of that video, Mason London, is back with two new edits. The former Boiler Room 'art guy' (as he describes himself on Instagram) has now made a two videos featuring half a dozen Grime artists. First up is 'Pussy'ole'.

Originally released as a dig at Wiley, Mason London has decided to add a verse from Eskiboy onto the end of his version 'Pussyhole'. Dizzee's vocals sit on the infamous hit 'Best Of My Love' by the Emotions so well. With the back and forth between the two on Twitter recently, this makes the track extra funny. It's genius.

The other recent upload by Mason is Wiley's '100% Publishing' lyrics, Armenta's 'I Wanna Be With You' track plus a few verses from 'Pow 2011'. Lethal Bizzle, Chip and Face to be precise.
Premiere: Jakebob laces a velvety R&G beat on the introspective "Kold"
Premiere: Riddla brings shadowy cut "Take It Back" to Antennaterra's new compilation
Inside: Invader Spade shares his approach to imaginative new beat tape 'Final Round'
Interview: Doni Rampage on his history in grime, lessons learnt and future focus
Premiere: Prizma recruits Killa P and Long Range for skippy vinyl exclusive "Youtdem"