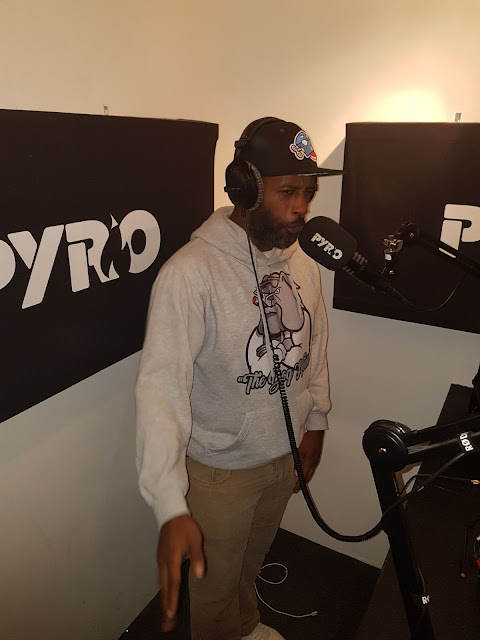 Having been in and around the Grime scene since the early days of the genre, Spliffy Ranger has spent 2017 building up momentum musically slowly releasing tracks throught the year. With four under his belt heading into 2018, we caught with him to talk about 'Dank' and 'Flow's and future releases.

Ranger started off 2017 with 'Spirit of Bob Marley' and 'Midnight in Newham' produced by GunjaLand and Alive Muzik respectfully. But what inspired him to get back into music this year?

"I felt the time was right and I’ve always had people telling me I should go for it. The fire has always been there but now I feel I’m ready."

With that in mind, will we see videos for 'Flow' and 'Dank'? It seems like they're not too far away.


"The video for 'Dank' should be ready for a Christmas drop with 'Flow' following shortly after. Yung Saber is shooting the 'Dank' video, then we have an up and coming director shooting 'Flow'. That's what I’m about, giving the underdog a chance".

The new music doesn't stop there from Ranger. He's been recording a lot recent and is lining up a new project for the February, describing it as "something special" to him.

"When I write I need a clear mind. I like to write away from the studio so when I get there I’m ready. I have a system that I work to till it’s right. Sometimes I might have a few friends with me, have a drink and bill the vibe. I think everyone is gonna like what we have on the first volume of my EP."

There's no mention of any of the artists who'll feature on it, Ranger lets us know that we'll have to "stay tuned" to find out.
Premiere: Jakebob laces a velvety R&G beat on the introspective "Kold"
Premiere: Riddla brings shadowy cut "Take It Back" to Antennaterra's new compilation
Inside: Invader Spade shares his approach to imaginative new beat tape 'Final Round'
Interview: Doni Rampage on his history in grime, lessons learnt and future focus
Premiere: Prizma recruits Killa P and Long Range for skippy vinyl exclusive "Youtdem"