Tim & Barry TV returns with a string of new freestyles 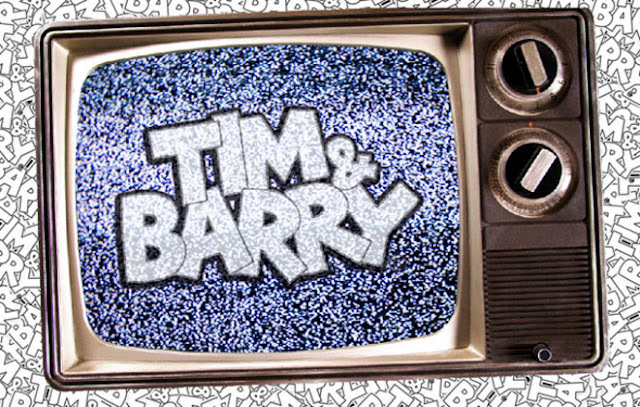 The legendary photographers, videographers and general UK music scene documenters, Tim & Barry, have revived their original freestyle channel, with the new Tim & Barry TV Reloaded. The pair met at college in 1997 and soon became fascinated with the emerging grime scene, soon becoming the 'go-to' guys for grime artists needing press shots and artwork for their mixtapes. It wasn't long before they starting shooting their first freestyle videos, an idea that was unheard of in the early 00s, and laid the foundations for channels such as SBTV and other similar platform's success. The idea was to consciously break away from the TV and music video world that had begun to bore them with it's clean, carefully cut, mimed videos, and create something much more raw and unfiltered. Thus, Don't Watch That TV was born; an umbrella platform containing all their creative content and different video channels, all made available online.

Fast forward several years later to the end of the noughties; Tim & Barry have shot just about every UK emcee worth shooting and now have several other projects running simultaneously, including the visually experimental live streaming channel Just Jam, which began to take more of a focus. Through this Tim & Barry invited their favourite DJ's, emcee's and artists to their blue screen studio in London for a weekly live streamed party. It was a natural progression from their earlier days, maintaining the same live, and imperfect quality; everything was shot, mixed and edited on the fly, using any equipment they could get their hands on. If you haven't seen any Just Jam videos think of Skepta and JME's award winning visuals for 'That's Not Me', shot in the same studio with a similar idea in mind.


However, inspired by the new generation of UK artists, Tim & Barry have decided it's time for the freestyle videos to make their return. And being ever-interested in creating new and unique visual content, they've decided to shoot each one on the move, with the subject walking towards the retreating camera. It might sound simple, but seeing Big Zuu, accompanied by AJ Tracey, spitting whilst casually strolling through a park in his area as cyclists and pedestrians pass without batting an eye, has a profound effect. It adds to this live, raw and imperfect feeling Tim & Barry always aim to create that seems to compliment the 'do it yourself' ethic that is a pillar of the whole UK rap scene.

And Tim & Barry definitely do know how to make an emphatic return, gifting us with 14 new freestyles over a two week period. We've already seen grime artists Jammz, Lyrical Strally, PK, Big Zuu, and Mez step up to the plate, alongside artists from other UK scenes doing well at the moment, such as Skengdo x AM and Belly Squad. Whilst the full line-up hasn't been confirmed, reportedly Novelist's is yet to be released and we can be sure the calibre of the rest will be equally as high. If you like grime freestyles, the return of Tim & Barry TV is something worth getting excited about. Watch Big Zuu go in with 5 minutes of relentless spitting below, and be sure to check out the rest via their YouTube channel, and subscribe to keep up to date with what's in store.