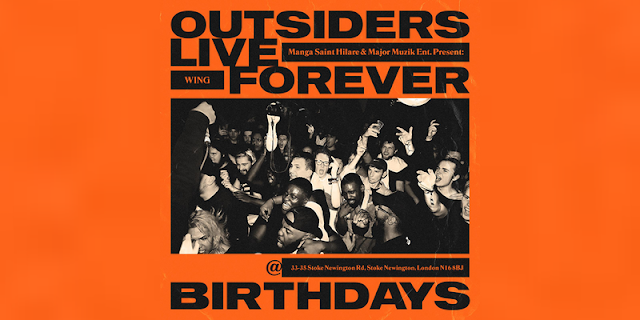 Having previously sold out Birthdays last November for his live performance of 'Outbursts from the Outskirts', Manga Saint Hilare returns to the North London club for a second time alongsideSharky Major's Major Muzik Ent.


On 1st April Manga and friends will take to Birthdays in Stoke Newington from 10pm till 3am to shell and provide vibes. Expect to hear tracks from Manga's 'Outbursts' project, his newer tracks since then, plus all the latest and greatest music our scene and shores have to offer. The line-up is yet to be confirmed. Keep an eye out for more info on OUAG soon.