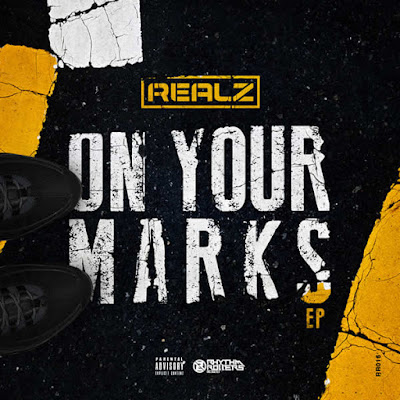 Throughout 2017 Realz was building up his collection of music but kept consistent with singles of his own alongside a couple features. His first release of 2018 comes in the form of an EP through label Rhythm Rollers.


'On Your Marks' is a four track project with a mixture of sounds from the East London artist. Realz has never been the type to ask for a bring-in or to put on by another person, it’s been sheer hard-work and graft, which is showcased on 'On Your Marks'.

The opening track ‘Hold It Down’ hears Realz on a darker tip with Shaqydread on the hook, reflecting about his school days, how he’s not reached his prime yet and what he’s got lined up for the future. ‘Things Change’ featuring Geovarn is on the same vibe.

‘Scoring Goals’ sees Realz flow on a piano dominated instrumental, name-dropping local artists Dizzee Rascal and Wiley as musical inspiration as Realz hit the roads trying to hit his targets or ‘goals’ with his team around Poplar and Bow.

For those who want the typical grit and grime from Realz, they should look towards the final track of the ‘No Hook’. Realz attacks the beat from start to end with no break, just bars.

Download the 'On Your Marks' for free now from Rhythm Rollers website with the EP set to be on Apple Music, Spotify etc. on 28th February - http://rhythmrollers.uk/club/realz/

Ps. Don't forget to check out Realz 'Sounds of the Verse' on 1Xtra for Sir Spyro's show below.