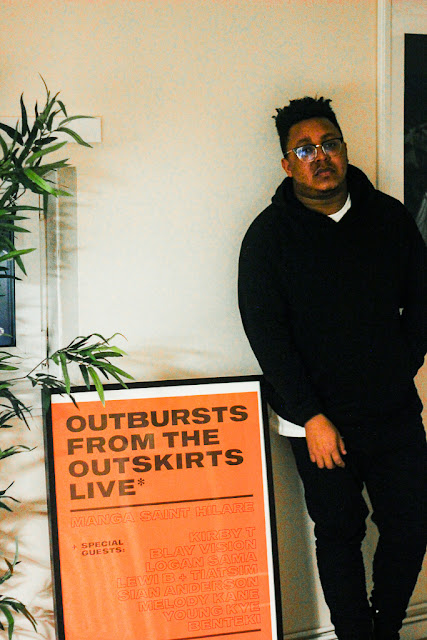 Since releasing 'Outbursts from the Outskirts' Manga Saint Hilare has had an incredible year. His fanbase has grown, grime listeners are finally tapping into his music, there's more bookings, he's everywhere. But why was 'Outbursts' so well taken to by his audience? What's inspiring him to create more music post-'Outbursts'? Who's he working with at the moment? OUAG sat down with Manga on a snowy Sunday afternoon for our latest interview and Manga catch-up.

"I think 'Outbursts' did so well because it's Grime, but not straight foward Grime. All my other ones before such as 'Lunchtime at Art School' or 'Reluctant Adventurer', with them it was like "what are these kind of like? They're like Grime but they're kind of not". They ('Outbursts') were all straight foward Grime with my take on it. Also I think it was just timing too. I kept doing loads of stuff, like being about, getting about and then I'm giving you the whole product. Here's some merch, here's the cover, here's the whole look, here's the message and being an outsider people could relate to it. I gave them a proper body of work and kept pushing it. People didn't really listen to it within the first week. I had the big single of 'Different Pattern', so I just kept pushing it and pushing it and believed in it.

We've seen Manga for the first time put on a event for one of his projects. Initially the Outbursts launch party in the summer of 2017 before and official gig/rave on 5th November in East London, which he sold out. "I said if this doesn't work I'm just going to allow it man. Not as in allow music, as in I'm going to have to change my priorities. That was the plan. But I said if I'm going to allow it I have to try everything first. I couldn't just leave it without thinking "ahh I haven't done this that and the other first" you know. I'm going to try and do everything I can. Not call in DJ's for favours and things, but proper follow them up. Did you get the song? Could you play it etc? Cool, onto the next one. I take it proper very personally if the DJ's don't holla back or something like that. So I was doing that, got all the merch, try put on a show, because before then I hadn't put on a show. Try everything before thinking about changing my priorities.

What I've noticed is if there's something to buy into people will buy into it. It didn't go number one or sell 100,000's of copies or anything like that, but the people who did listen to it, I feel like everyone recommended it to their friends, I think that's how it went around. As in "oh you like Grime? Well listen to this", as in it was a good representation of grime at the time. It's been like a cult following, it's been proper sick."


So where does Manga go off of such a huge sucess? With plans of a forthcoming project in the pipeline the logic thing to do is features until that's finished surely? "I've done at least 25 features already this year. It all started in January where I didn't really have money for new videos so I was just working on feaures. I've got a set up in my room now which means if someone asks me to do it I can get it written and emailed over the same day. I've done bare features. I've done one for Monkee, NameBliss, Laughter, Hitman, Jay0117 from Bristol, Kamakaze, loads." 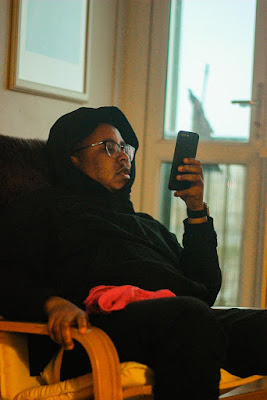 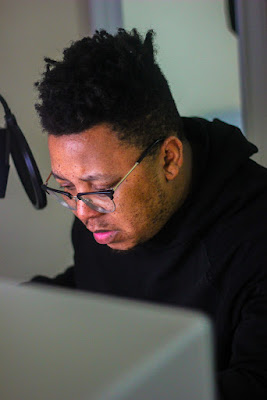 Who's inspiring Manga Saint Hilare at the moment to create? "It more starts with the beat, it's not really a person. Izzie Gibbs and Snowy send me music all the time. Just the mandem really from them doing work. I don't really draw from their sounds, it's more of I like their vibe. I don't listen to other artists then think "I'm now going to make something", it's more from where they've put out their music and I think "that's sick, I would do something similar if I had that vibe". When I hear the mandem creating something I think "I wanna create something", that's it.

On my playlist at the moment though is Tyler the Creator, Little Simz, Novelist, GHSTLY XXVII, Sango. Why I like Tyler the Creator is because he does his own thing. His album is mad eclectic and I think that's sick."

Another avenue to getting your name out there is touring. Manga himself is fresh back from doing just that with Welsh Grime-Punk outfit Astroid Boyz. "I've done at least six tours with them now. This was different because this was all the bigger rooms now. Most rooms were 100-200 max, sometimes smaller. Sometime pubs etc. This one where we went back to Manchester where we'd be in the smaller room last time, we were performing in the bigger one. So it was mad to see we were on a big stage with barriers and more security and that. It was also a challenge to try and put the vibe across too. Because before it was to like seventy kids in a room where they'd go mental from the hype on stage alone. Now we're performing to 400-500 people and you have to get your vibe to reach across the room. That alone was a challenge in itself.

The highlights were probably Manchester going off, Leeds was sick, London and Birmingham too. Those for me personally. Every one of Astroid Boys shows went off for them of course. One guy in Glasgow drove four hours from Inverness to the show to see me perform as I've never really performed up them way before. So that was sick. Someone else came up to me and told me her favourite song was 'Happy Birthday' which was mad. Everyone normally likes 'Different Pattern' or 'Slew', barely anyone's listened to that song. There's also things like seeing the rooms get bigger, the audiences etc. Selling merch too. I remember the first tour I didn't sell one CD, now I've had people tell me they came to the show just to get the merch or I'm nearly selling it all out at shows. So that's cool".

From that his next big gig is his own night at Birthdays, Stoke Newington on 1st April. It's called 'Outsiders Live Forever'. Does he feel the benefits of putting on his own events? Should artists essentially book themselves more? "Yeah they should. So you can see wagwan. So you know your worth. I wasn't getting many booking as a solo artist myself, so I put myself on. Now I can go to a booking agent and say "look, I've done two shows and sold X amount of tickets on my own, so you should be able to sell X amount with your knowledge etc". If you don't sell many or you sell bare at least you can gage yourself on it and learn from it too".