The Art Of Garage in photo's by OUAG 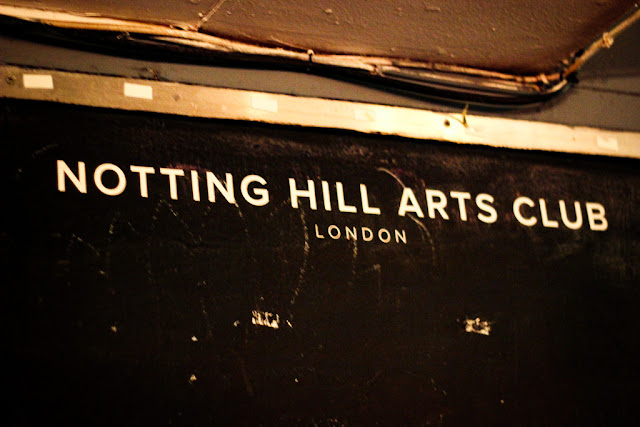 On 25th February at Notting Hill Arts Club the Art of Sounds put on their second art based event merged with music. Following up from the Art of Grime, the chosen genre this time around was garage. 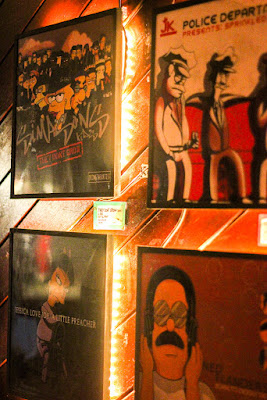 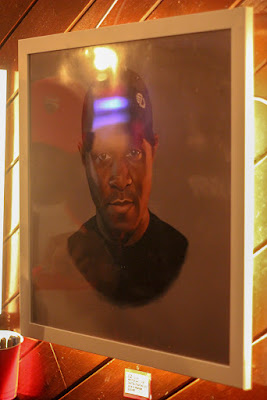 After being greeted by the artists themseleves as we entered Notting Hill Arts Club, it was straight to the bar to warm up on a shot via the sponsors of the event Jagermiester. Arts collective Ching designed special Jager bottles just for the event. We turn around from the bar to be surrounded by garage art and familiar faces. JKing's the Simpson's inspired work of infamous garage covered featured proudly next to Mister Westrup's DJ EZ piece.

Two instantly recogniseable faces featured on canvas that night were DJ Luck and MC Neat, painted by Stazzy. The garage duo turned up for the night themselves to see the special piece produced the masked artist. 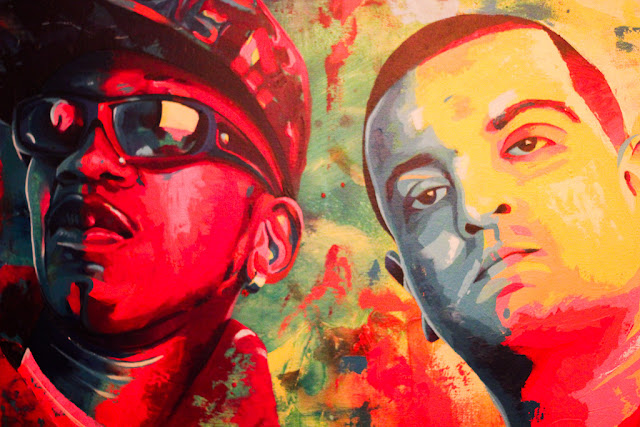 After viewing the work on offer alongside drawing on the doodle boards, the night turned to the live drawing from JKing, Stazzy, Willkay and Karima Alexander. The four artists took to a huge blank canvas with the DJ spinning garage tracks for inspiration. 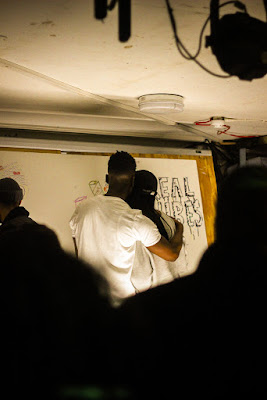 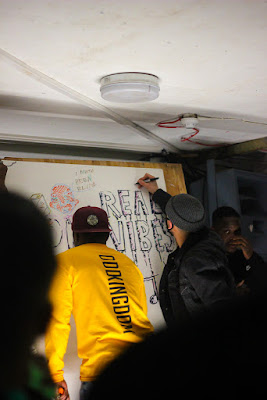 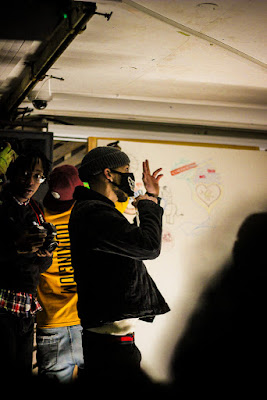 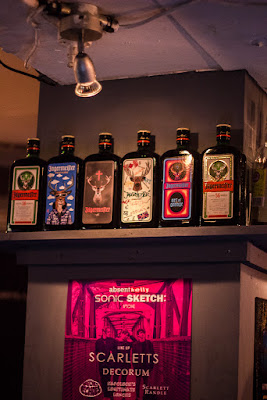 Eventually the canvas turned out to look something like this. 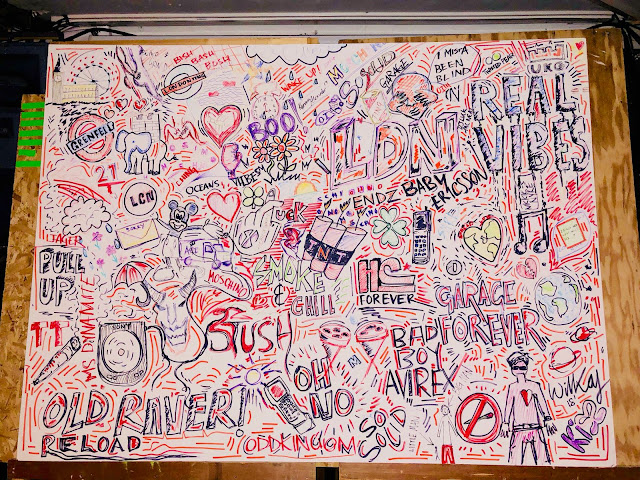