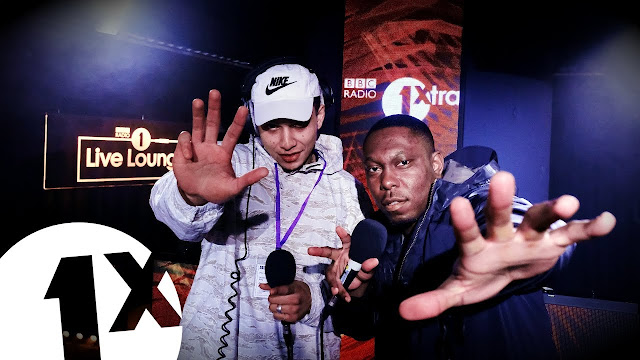 'Revvin' is probably one of Dizzee Rascal's best collaborations in years. This is the Dizzee Rascal we've been missing over the years. 'Raskit' was a great album, but this joint track with Ocean Wizdom is something else.


Signed to High Focus Records, Brighton's Ocean Wisdom has been making his own musical waves on the south coast for a minute now. It's not like High Focus would just add any old artist to their rosta. Dubbed as "the future of UK Hip-Hop" by Complex, Wisdom's 'Wizville' project being prodominatley that. P Money and Rude Kid are two other Grime artists who feature on the same collective of tracks. The stand-out tune, which now has over half a million views in two weeks, is 'Revvin'.

The track has gained so much attention that the BBC invited Ocean and Dizz down to their studios to drop a live version of it (as you can see above). The pair killed it on Muckaniks production.

Despite already having a new video out doing the rounds, Dizzee wasn't content with just that. A personal highlight track from 'Raskit' needed to be visually shown to the world too. The East Londoner took a trip across the English Channel to Paris to shoot the video for 'Ghost'.