Here's some grime releases you may have missed... 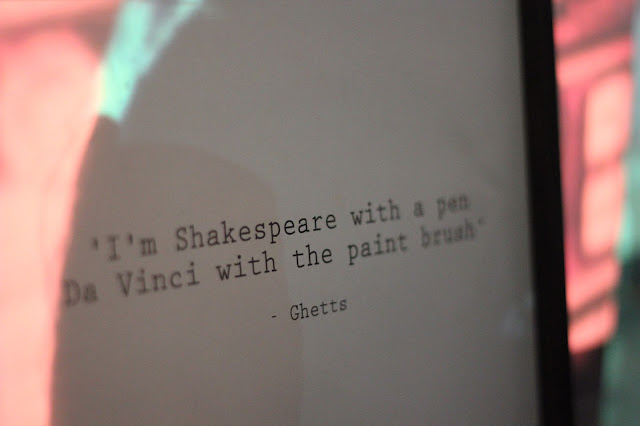 Despite what some people may say, the grime scene is very healthy right now. It's far from dead. Whilst others may have moved onto drill, UK rap or afrobeats, we've still got a strong core fanbase of grime fans in 2018.


There's been a huge influx of releases and with this some slip under the radar. There was a time when we'd be lucky to get this much content at once. Here's a little run down of a few singles you may have missed over the past month or so.

You'd have heard of his name by now if you've seen the latest installment of DJ Argue's Hell In The Cell or his U19's sets formally on Radar Radio. SBK stepped up and held his own on Hell In The Cell 2 being one of the highlights of the evening. Alongside his single 'Win', SBK put out 'Snakes' recently alongside AudioSlugs. Then there's also smooth take for SB.TV, reciting his track 'Get That Time' for their #LiveTrax series. SBK's putting a lot of work in. Keep an eye out for him. Purchase/stream 'Win' here.

Fumin - I Want In

If you're more of a fan of the early days of grime, then Fumin's music is what you want to listen to. Linking up with Teddy aka Silencer, the duo bring back that old school bouncey grime sound with 'I Want In'. It's a catchy hook from Fumin with a vintage grime flow throughout. Listen to the single on iTunes or Spotify.

Another Silencer production on the list. This time it's Villain on the vocals. The former Mucky Wolfpack crew member comes through on a solo tip for his latest single which is an ode to the label he's signed to, Rhythm Rollers. Buy 'Roll With Rhythm' on iTunes or stream it on Spotify.

Row D - Shame On You

It's it's Row D with his new single. Produced by LEVLZ, Row D features clips from his debut show at Birthdays this year for the official video. It's straight energy with Row D's questioning and shaming lyrics throughout calling out the fakes and liars of this world. Purchase on Amazon or iTunes, stream it on Spotify.

If you follow Durrty Skanx on Instagram you'd have known about this track for a while. Clips of the 'Roads' official video have been surfacing for a while, but now we've finally got the full thing. With a trappy twang to the beat, Skanx spits about how he's been all over the capital throughout the years and there's not much he hasn't seen whilst doing it. Taken from 'the Durrty EP', stream the track on Spotify or purchase on iTunes here.

Breeze - They Call Me Skip

Grime fans who grew up listening to the scene since around '03 onwards can't help but be excited about the return of a lot of the older names in grime. Roll Deep were a massive part of the foundations with Breeze being apart of that collective. Taking to a Morphius production, with the video shot and directed by Manga Saint Hilare and Wowa, it's more nostalgic grime with 'They Call Me Skip'.

This guy is an exciting name in the scene right now. Hailing from the home of bassline, it's only going to be vibes when Coco delivers. It's a Sheffield link up as Radio 1 DJ Toddla T is the man behind the beat for 'Gimmie The Mic' as the duo give us a sample of what's to come on Coco's forthcoming EP. Set to be his first collective music release, you can pre-order the 'No Rehersal' EP now on iTunes.

This project seemed to pop up out of thin air, but we're certainly not complaining. 'Mushrooms' features on the joint collab EP from Syer B and Devlin. If you were a Outakers fan back in the day, this is going to be a classic for you. Visually 'Mushrooms' has been followed up already with the lead title track 'Something In The Water', Syer B and Devz aren't playing around. Listen to the EP on your chosen digital outlet here.

Another one who'll be leading the grime scene in the future is Kamakaze. The Lecister based MC brings his own unique styley and vibe to grime and it's really working well for him. 'Spirits' is another hit for him and the second visual taken for the 'Fact Not Fiction' EP, with 'No Days Off' being the first. ZDot and Krunchie produced this one, with Kam's full EP avaliable digitally here.

The Bristol grime scene is a very exciting place right now. There's talent throughout the city and the cream of the crop are rising to the top. At that very peak is Jay0117. Shot at the Red Bull studios, 'Welcome' sees Jay on an eary production from Sir Hiss which'll leave you zoned out if you focus on it too much. It's one of them ones. Jay keeps on shelling with 'Welcome'. Stream the track on Spotify
Premiere: Jakebob laces a velvety R&G beat on the introspective "Kold"
Premiere: Riddla brings shadowy cut "Take It Back" to Antennaterra's new compilation
Inside: Invader Spade shares his approach to imaginative new beat tape 'Final Round'
Interview: Doni Rampage on his history in grime, lessons learnt and future focus
Premiere: Prizma recruits Killa P and Long Range for skippy vinyl exclusive "Youtdem"