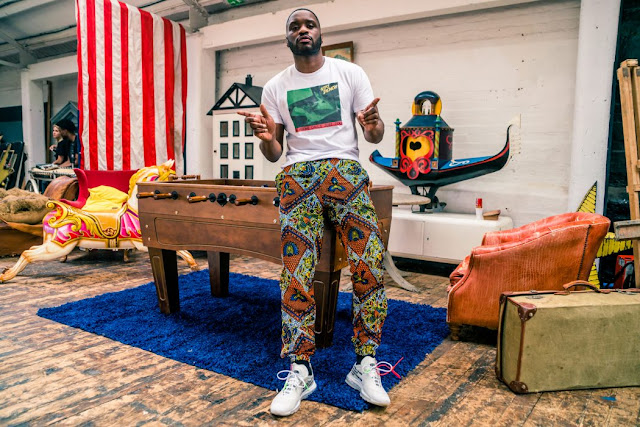 The time is nearly upon us that Nando's launches this years Music Exchange project. This year grime's very own Lethal Bizzle will be one of the artists mentoring the 38 applicants selected from over 150 submissions. These successful applicants will be set the challenge of producing a track on the day at the Roundhouse Young Creatives studios in Camden.


Running from Monday 4th June until Thursday 7th, alongside the UK's Lethal Bizzle three other countries are being represented at the event. South African published poet Sho Madjozi will be a mentor, Australian female rapper Tkay Maidza too; alongside Canadaian Nathaniel Motte, who's one half of the popular duo 3OH!3.

Bizzle said on the event “I’ve benefitted from my own mentors over the years such as Richard Antwi, so it’s good to have the opportunity to share what I’ve learnt with the next generation of artists. I’m especially looking forward to seeing what happens when talent from all over the world gets together in a studio to make music from scratch. Hopefully I’ll learn something myself, too!”.

Members of the public will be given the opportunity to attend panel talks with industry experts and talent on Thursday 7th June. More details and ticket information will be announced in the forthcoming weeks.
Premiere: Jakebob laces a velvety R&G beat on the introspective "Kold"
Premiere: Riddla brings shadowy cut "Take It Back" to Antennaterra's new compilation
Inside: Invader Spade shares his approach to imaginative new beat tape 'Final Round'
Interview: Doni Rampage on his history in grime, lessons learnt and future focus
Premiere: Prizma recruits Killa P and Long Range for skippy vinyl exclusive "Youtdem"