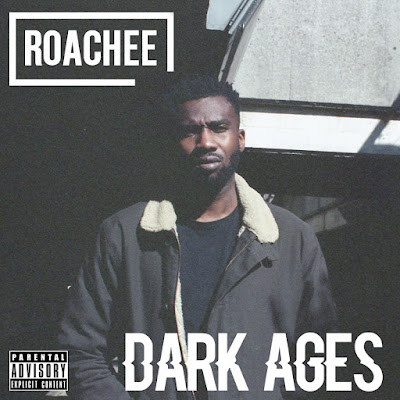 Roachee has been seemingly absent from the scene for a while now, apart from occasional rave performances (including a great, albeit brief, showing at Grime Originals last December). The E3 MC is back on the scene with the four track EP Dark Ages, bringing that classic, raw, and unmistakable Roachee spirit.

The first track, "What's Happening?", sets the bar for the project as Roachee comes in hard, giving a rundown of life in East London. On the second track, "Broke and Bass", the former Roll Deep MC skips over a melodic and enchanting beat and tells listeners about his mentality to get rich and overcoming difficulties to do so. The penultimate and final tracks, "It's a Recession" (over a skippy HeavyTrackerz beat) and "Dark Ages" (my personal favourite) continue the theme of challenges and difficulty surviving in Tower Hamlets.

Without doubt, Roachee is an excellent MC with a proven talent both on sets and on studio recordings. Fans of grime, old or young, will eagerly await whatever comes next from one of the scene's originals.