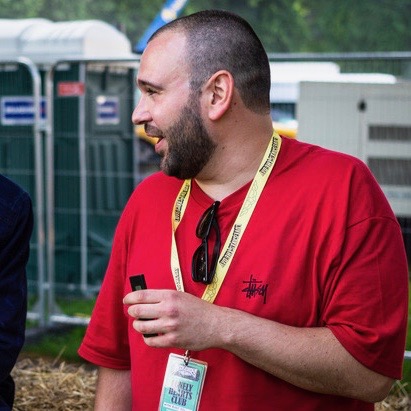 Koast has long established himself as an authoritative voice within the Bristol bass scene, with seemingly endless strings to his bow. Head of programming at radio station SWU.FM, founder of prestigious local label Durkle Disco, long-standing MC, and experienced DJ.

We were fortunate enough to catch up with him at Love Saves the Day, which was quite the feat considering his near omnipresence at the festival. Throughout the weekend, he DJed for The Blast and Durkle Disco alongside the likes of Fire Man Sam and Unkey, plus hosted for Jus Now and Roska on the Lonely Hearts Club stage and Digital Mystikz (Mala and Coki) on the Brouhaha stage. Check out our interview and photos from the day after the drop.

Congrats on getting your full-time license for SWU.FM! Big news. Have you got any word on when it'll be returning?

Thank you! Towards the end of this year. I can't say much more than that. It'll be late autumn/early winter.

Great stuff. Can you reveal any of the DJs lined up?

[laughs] That's what we're working on at the moment. But it'll be obviously the cream of the cream of Bristol, all of the established people in Bristol and that, but then we're really keen on building our own talent base; bringing the next generation through and building on the great foundation that's here already. 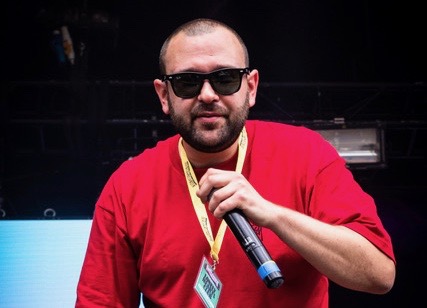 It seems like Bristol's become a real hotbed for grime. Jook's just moved here, Blay and Snowy have said they're thinking about moving in the future...

Yeah! And Neffa-T's just moved here. Thing is, obviously it's a lot smaller than London, Birmingham or Manchester, but it's got a very condensed scene. Everyone knows each other; it's very easy to cross-pollinate and for people to network and do their thing. It's a very good place to build from and a great place to have as your base.

That should work well for the station. Have you got the logo tattooed yet?

Not yet, no. It will happen! I'm a man of my word. I've said it will happen. I just need to go to the gym for six months before I do it, so it looks good. [laughs]

How do you juggle SWU with Durkle Disco? And plus, making songs? That must be so much work!

Well, to be honest, I don't really work as an artist anymore. I kind of took a step back from all of that. My main thing now is obviously SWU and the label and the DJing. I see all of them as quite interconnected things. It's all about putting together a bunch of good music and projecting it. Obviously, SWU, we're trying to put together whole lineups of people and coordinating stuff together. With the label, we're tryna find people that'll work together. With a sound that works as a whole. And obviously as a DJ, that's what you're doing making a set. So I feel all that's kind of interconnected anyway. 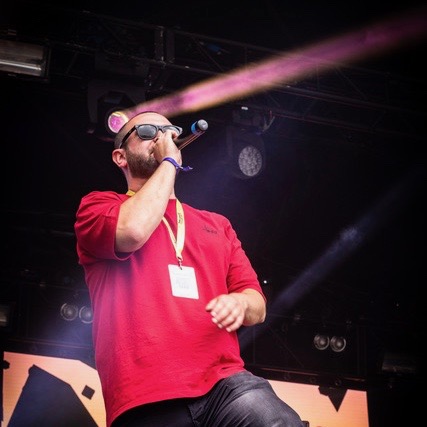 So what's in the pipelines for Durkle Disco this year?

The most recent thing we dropped was Denham Audio and Serocee with a load of remixes. Next thing that's coming is Slowie's EP, which I'm really excited to put out. I've known Slowie a long time. He's a real Bristol grime veteran. To put an EP together with the producers we've got, it's a great snapshot of Bristol. So we've got a Lamont production, Caski, Jakes, and Gemmy all on that. And then after that, we've got Boa Kusasa - a production duo near Glastonbury. They're making crazy music. It's kind of minimal grime/funky crossover stuff with Redders on the vocals as well. And then we've got releases from a guy called Kouslin who's from London, who makes dark, experimental funky. Just tryna keep good music coming.

Sounds fantastic. I always thought the label was very Bristol-oriented, having heard your compilation, for example, which is full of local lads. But with the artists you've just mentioned, it sounds like you're branching out well beyond that?

For a long time, when anything starts at a grassroots level, it's gonna be based around the people that are directly around you. To start, it was about bringing like-minded Bristol artists, producers, MCs together. But as the name's built and the reputation's built, people have been hitting me up from a broader area. That's helpful, as well. We'll always be Bristol at the core, because all the artists I know well are based in Bristol, but I'm not tryna make it exclusive!

Durkle Disco and Prjkts are taking over the Love Inn in Bristol this coming Saturday 2 June; would you like to say anything about that?

Vern & Milla run Prjkts, and have obviously done a few releases with me. So it's one of those things, we've talked about it for a while. Dusk + Blackdown, who are headlining, support both our camps heavily. We've got Ganesa and Squane from the west coast playing. They run Jelly Bean Farm, which is a label doing very similar stuff to Prjkts, to Durkle, to Keysound. Mani Festo from Durkle; Beth, who's a great up-and-coming Bristol DJ; Distro's a badboy funky producer. It should be a fun night. A little snapshot of what both labels do.

Brilliant. And I hear you're giving out free vinyl at the event as well?

Yes. Because why not? Show some love!

As if there aren't enough reasons to come along already.

[laughs] Thank you, man. Appreciate that. Big up.

No, thank you! See you there.

Check out the rest of our Love Saves the Day 2018 interviews below:
Jay0117, Deadly, and Dimpson
Roska
Pinch
Sir Hiss