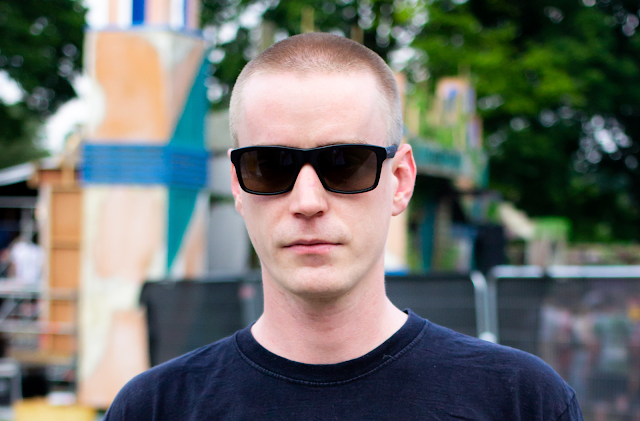 Rob Ellis, professionally known as Pinch, has been at the forefront of the dubstep scene for well over a decade now, but his music is far from easy to describe. Known for being the mastermind behind Tectonic and Cold Recordings, plus for his innovative instrumentals and DJ sets, he's long established himself as one of the titans of Bristol bass music.

We caught up with him at Love Saves the Day festival before his back-to-back set with Joker for an in-depth interview, delving into all kinds of secrets surrounding his influences, production techniques, collaborations, and future plans. Read on for our full conversation.


You've got a pretty unique sound. What did you listen to growing up, and do you think it had much of an impact on your productions?

Well, I think anything that you listen to growing up is a major influence on your direction. My older brother was into dub music and psychedelic rock and all sorts of stuff. He used to make me tapes and compilations. And then in my early teenage years, I was very into what was called the Bristol sound. The trip hop thing: Massive Attack, Portishead, Tricky.

Drum and bass. Jungle. Techno. All these things fed into my tastes. I've always liked sitting in between boundaries wherever possible.

There are some really unique foley sounds on tracks like "Brain Scan"; do you record many of these yourself?

I tend to just get sounds and fuck 'em up. That's more of a general approach. But I have made some field recordings in the past. There's a holiday I went to in Marrakech years ago and I've lived off a few minutes of recordings from there. [laughs] That's made it into a lot of stuff. But I do use a lot of foley-style sound effects recorded as well. So it could be taken from films, TV... it's definitely all sample-legitimate stuff, of course, but if it's pretty obscure, no one knows it.


Do you use a lot of analog gear in your tracks? I know Joker does, and was wondering if that's some common ground between the two of you?

Not really. I've generally been much more inside the box: VSTs. I do have an analog desk and a couple of analog outboard bits; I use a Distressor compressor and some weird shitty guitar pedals. But, mainly, I like the convenience of being able to open up the program and have everything how it was. With analog, you've gotta capture it right that first time round.

Have you thought about incorporating it into your shows instead?

I do a live set when I'm performing with Adrian Sherwood as Sherwood and Pinch. Adrian runs an analog desk with analog delays, reverbs, effects. I run the digital aspect of it through Ableton and it plugs out of a sound card spread across the desk, so each separate sound's got its own channels and can be effected differently. We use an SPD drum pad, lots of sound effects, and some processing pedals.

When I'm performing as Pinch... I did do a live show. I literally did it twice: in Montréal for MUTEK and at Fabric for one of their birthday celebrations. I tend to prefer to just DJ when I'm playing as Pinch. So, a different approach.

Recently, you've released with Aquatic Lab, SWAMP81, and obviously your own labels Tectonic and Cold Recordings. How do you decide what goes where?

I make it up as I go along. That's the truth of the matter. I'm not the most precious about things. Sometimes songs will catch a mood which resonates with a certain label imprint a bit more, or it might just be that I pass some tunes out to people I know—like Loefah—and they're like 'can we have this one?'. There are lots of different reasons. I mainly tend to focus on releasing with labels that I have a lot of respect for and that I feel contribute something worthwhile to the scene in general. 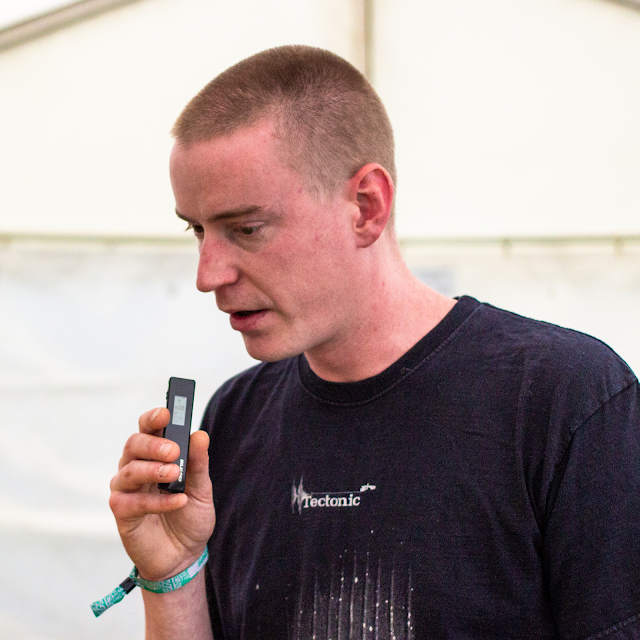 You recently celebrated Tectonic's hundredth release with Riko Dan's 'Hard Food' EP. How did that come about, and how much of a say did you have in the project?

I've worked with Riko for a few years now. It started off with a soundclash, and then some gigs that we ended up getting together, and over time I've got to know him a bit better. I think he's a very underrated MC. I think he's a hugely talented individual with an amazing rhythm and flow. So it took a couple of years, but it was my idea that I put to him, which was: 'let's do an EP on Tectonic. I'll push for Tectonic artists to get a really sound rhythm together'. The ones he wanted to work with, he worked with, and he recorded on. There was only one or two which he came up to Bristol to record for. Everything else was done in studio time that he'd organised in London.

The timing, as we were approaching the hundredth and this whole EP was coming together, it was like 'this has to be the hundredth release, it makes a lot of sense'. Riko represents an individual who's been through a lot of the transformative periods in dance music and UK sound system culture. He was there for jungle; he was there for garage; he was there for grime. You know? He's still around and he's still bussing lyrics and bussing dancefloors and absolutely fucking breaking down sounds.

Well, exactly. This is it. I mean, like, the track me and Mumdance did with him, "Big Slug", it's a fucking different one, you know? It doesn't really fit in any obvious categories. But he rode it, and he just absolutely owned it.

Definitely. Any other MCs you're keen to work with at the moment?

Yeah, I've been doing some work with Killa P and Irah. I really like them. I'd like to do something with Jamakabi at some point. I really love that dancehall-grime crossover sound. It appeals to me on a lot of levels, and I think only a few people can really pull it off. Those are three of the main ones.

What's next for Tectonic?

There's a four-track EP from Hugo Massien, on a kind of breaky, techno-y crossover space. Really solid tunes I'm very excited about. Following that, we've got the Walton album which is absolutely off the chain. That's one producer I find myself coming back to more and more. When I'm digging through the record bag, his plates are the ones that come out most often. It's a really cool album. Following up from that, we've got a very exciting remix plate, which I will not give you any more information on for the moment, but around about September time that'll be a definite big hitter. I'm absolutely confident on that. 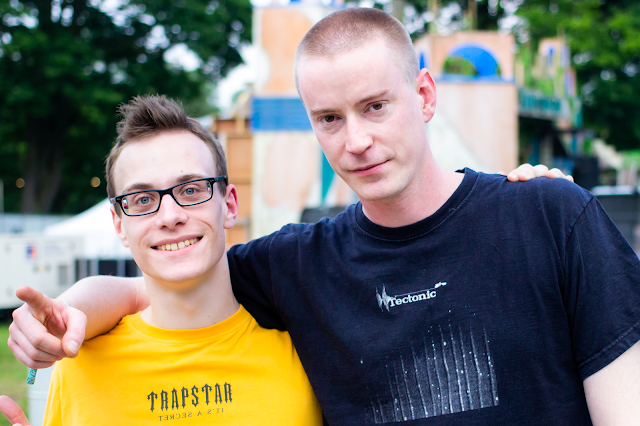 Sounds like you've got an exciting few months ahead for the label. What's next for you personally?

Truth of the matter is, I'm tryna work on a solo album at the moment. I've been taking absolutely fucking ages about it, and I just need to concentrate on that for the next little period of time. I've got a body of work which I'm mostly happy with, but I need to go through the process of refining it and getting a few more options on the table.

We'll be eagerly awaiting the results. Thanks for your time.

Check out the rest of our Love Saves the Day 2018 interviews below:
Koast
Jay0117, Deadly, and Dimpson
Roska
Sir Hiss