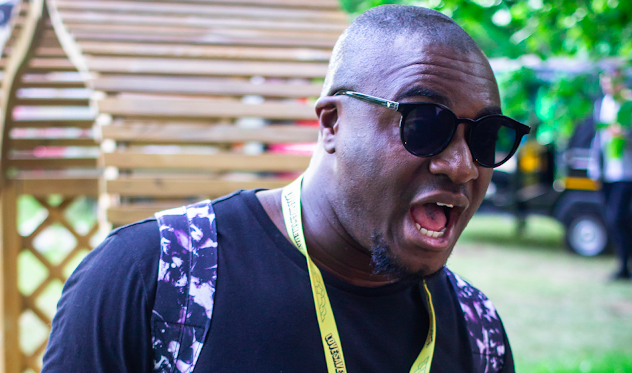 Lewisham producer Roska has long been a household name to fans of UK funky. Wayne Goodlitt's instrumentals have been tearing up clubs for over a decade, and he's gone on to release two albums through Rinse. He also runs two labels: Roska Kicks and Snares (RKS), and the offshoot RKS Dubs.

While attending Love Saves the Day Festival in Bristol, we were fortunate enough to speak to the man himself, shortly after his back-to-back set with Jus Now on the Lonely Hearts Club stage. Read on for our full interview and accompanying photos from the day.

Are you often in Bristol?

Yeah, I come here probably about three or four times a year. The scene over here seems to be really good. People seem to really know what they want out of the music.

I ask because so many local talents like DJ Polo, Motu and Fish have released on your labels…

I speak to a lot of them online and by phone, by text, and stuff like that. Some of them I hit up—I hit Polo up directly and said 'let's do some work together' and then we started working on some of the RKS Dubs stuff and then the Kicks and Snares stuff—and then with Motu, same thing. He sent me a couple of tunes and there was one tune I really liked. I said 'let's release it, man'.

What would you say is the difference between the two labels?

With RKS Dubs, it's more of an intro to the artist. It's a one-track, quote unquote 'banger' type vibe, where I just get the artist to release a single. We keep it moving, and if I feel like that track works to a certain level, I'm like 'let's do an EP on Kicks and Snares'. So Kicks and Snares is more focused on the artist than the music, whereas RKS Dubs is more about their beat being a banger and standing on its own, basically.

What do you look for in a song that makes it worth signing?

It's hard to tell. It depends what vibe I'm in and what I'm feeling at the moment. With Motu, tracks that he brings have got an exciting vibe to them; they're really quirky, and they've got an edge to them that I really like. With Polo, he's got a specific groove that he brings to RKS. So it's different tracks for different reasons. 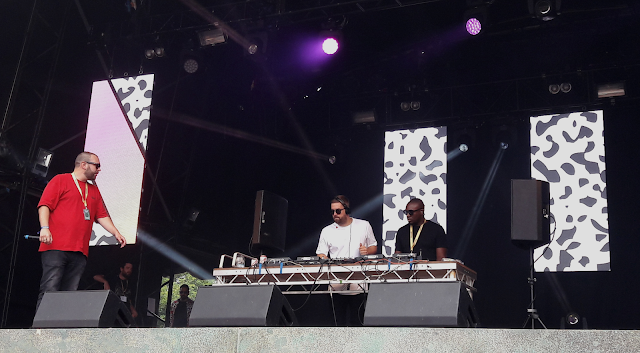 You’ve worked with the likes of Terror Danjah and DVA before and brought out new sides to them; do you listen to much grime?

How did the new EP with Jammz come about? Did he approach you with the idea or vice versa?

We were following each other on Twitter, and I just said to him 'I've got an idea, let's do an EP together and see how it goes'. And he was like 'yeah, let's do it!' So we jumped in the studio, two sessions, and we managed to do three tracks. And then we put out "Jamm", and it seems to be getting good reception.

Did he get to flex his production skills too or did you handle all that side of things?

Yeah, yeah, yeah. On "Jamm", he had control over the mix and the arrangement, basically. He let me do my thing and I let him do his thing. So we respected each other's craft and brought out the best in each other.

Do you prefer to work in the studio alongside vocalists, or do you usually work separately? Take the recent Str8 Rum EP with Serocee for example - how did you put that together?

I like working with them. When you work with someone in the studio, you get the best out of them, 'cause they understand what you want, and you understand what they want. Whereas if you send a track to someone—a beat or whatever—and then let them do what they want, you're gonna end up going back and forth. It's gonna be like a tennis match. So I feel that when you're both in the studio, you can understand each other.

With Serocee, we done the first few tracks together, and then it was a matter of 'OK, cool, we know what each other wants. We can bounce ideas now'. I feel once you get to that point in a [working] relationship, then it makes it easier. 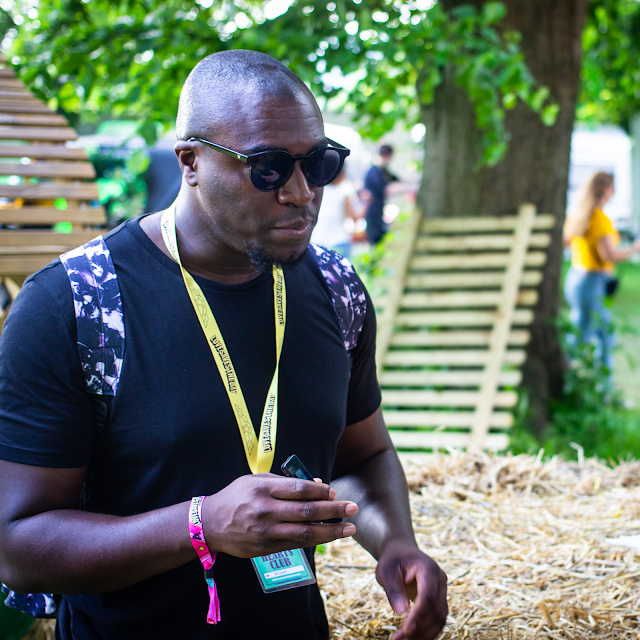 Your classic “Feeline” turned ten this year and you re-issued the track to celebrate; your life must have changed so much in these last ten years. Where do you see yourself in another decade’s time?

It's an interesting one. Hopefully doing the same thing but on a bigger level. I've done a lot of mentoring artists and developing artists along the way in the last few years, but also I've been working on my own sound. I've got an album coming out in September, so I've been working on that, and the live show as well. I'm building that up to something bigger than releasing my music and then doing a DJ gig.

Hopefully, with the live show, it's gonna be based around the album. It's a lot of programming, but it's gonna have a singer and percussionists, so it's gonna be quite a big thing for me. And then as time goes on, I'll build it up until it gets to a point where maybe there are more and more people in the band. But for now I'm gonna start small and see what happens.

Can't wait to hear the results. Thanks for your time.

Check out the rest of our Love Saves the Day 2018 interviews below:
Koast
Jay0117, Deadly, and Dimpson
Pinch
Sir Hiss