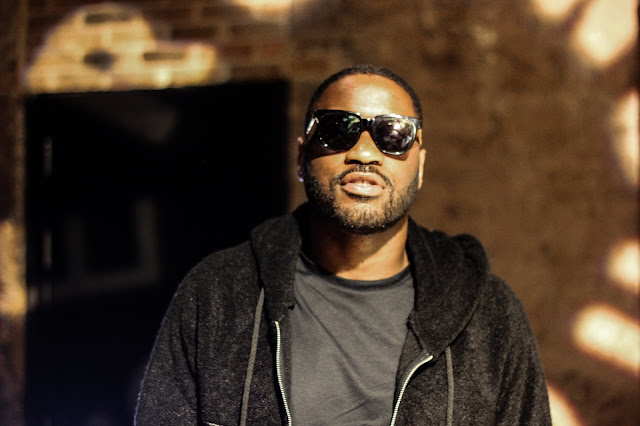 As you all well know by now, Lethal Bizzle was selected as a tutor representing the UK at this year's Nando's Music Exchange. Alongside Lethal B, South African published poet Sho Madjozi has been a mentor, Australian female rapper Tkay Maidza too; plus Canadaian Nathaniel Motte. I caught up with Lethal to talk blueprints for the future generation of grime artists, how Stormzy's rung him for advice, what Jme thought of 'Flex', new music plus more.

It's no secret that Nando's and Lethal Bizzle have worked together before, but his inclusion to be a mentor this year was a surprise. "I’ve been kinda working with Nando's for some time now; we’ve got a good relationship. They told me about what they were doing and I thought it was a sick idea. It's perfect timing, especially this year, as I’m in a space now where I want to try and inspire as many people as possible. So this was the perfect platform for me to do it on. I wish more people would do this. Nando's is a food chain and they’re going out of their way to do something so amazing, I feel like not even our own industry go to the lengths that Nando's is going to. They’re flying people from all over the world for this. To these kids it’s like a holiday, plus they get to do something they love. It’s something they’ll never forget. I think more things like this need to happen."

Inspiration at the Nando's Music Exchange was going to come at all angles to the 38 lucky applicants. Four successful artists in their fields from four different corners of the globe. Did Lethal Bizzle try and swing the students into making a bit of grime at all though? What sort of music have they been making? "I’ve heard all the tunes. They’re all sick. I’ve also gone in and helped them restructure things, helped them with melodies, just given my opinion really. There’s seven groups and nothing sounds the same. Everyone’s at different points musically, so it’s about putting them together and really working as a group to find their best attributes resulting in making something special. There’s one tune with an MC and two singers, the singers had sick harmonies, there was a part for bars, so I was kinda bouncing along, giving him flow ideas like “this part here, you can really go in”. So I’m looking forward to that one. I want to give them some influence along the way, but it’s also at the same time about what they’re good at."

A subject that was up for debate on the following and final day of this year's Music Exchange was 'is real collaboration dead?'. With this in mind I asked Bizzle about his new single 'Flex'. Once again the duo have come together to create a hit. But how? "Diztortion has never sent me a beat by email ever, he doesn’t like working like that. He wants you to come to the studio and either make the beat from scratch, or play you one there and then and you just create it live. I think ‘Flex’ was the first studio session I’d done with him in almost a year, maybe. I don’t think we worked together because I was touring, doing shows, etc. So I went to link him in the studio, he’d already been making beats for me and showed me twenty when I got there. So I picked five, then the ‘Flex’ beat come on and I was like “yeah I’m feeling this one”, done a little “all I wanna do is just flex” freestyle, put it on my Insta, come back an hour later and there’s like 200 comments. I just wanted to put it out as a teaser, but I even had MCs calling me saying “Bizz, save me a verse on that tune, please”. With that in mind, I got it out quick, and it was released a week later.

But yeah, we’ve got a good chemistry. I think our biggest factor is that we’re honest with each other. If I drop bars he could be like “nah, that’s not right, Bizz. The bars have to be catchy, or the hook has to be this…”. The same happens when he’s making a beat and makes a weird sound, I’m like “nah, nah, nah”. Even on ‘Flex’, there was a few things we wanted to change, but Diztortion added a sound or two and it is what it is. I think that’s a key trait that every musician has to have: you’ve just got to be honest, but not rude. It’s how you put your words across."

So how many more singles is it until we get Lennox Road? It's been eleven years since Back to Bizznizz. "I know, it’s been mad. I’m thinking, because ‘Flex’ keeps growing and growing, it would be stupid to interrupt that, so I’m letting that do it's thing. I think I’m going to probably drop an EP after summer, around September time, then the album at the start of the new year. That’s the plan right now. I’m probably going to drop one more single before the EP though. There’s something I’ve got in mind, it’s a mad ting. Grime ting.

More times than not, too many singles can ruin the listing pleasure of a new album, especially if we've heard a large proportion of the project before it's even been released. "I feel like the game has changed nowadays. People want things “now, now, now”. There’s many different scenarios in music, but I feel like you’ve got to have that one big record that transcends with your fans, plus into the general/very casual everyday market. I think if you’ve announced a project, with the date in place too, you shouldn't release more than two singles. Albums these days are 10-12 tracks. It’s like you’ve heard half the album already; it kinda ruins the excitement. But it’s so unpredictable with the way things go. ‘Flex’ has been out around six weeks now and I want to drop something else, but it keeps growing. The streams keep going up, plus I’ve got a remix too. Sometimes the music takes longer to grow, other times it’s instant. That’s how it goes. But I don’t want to hear more than two songs before the album drops."

What can we expect from the Lennox Road album? Will it feature a lot of grime like his last EP? More popular/current sounds like afrobeats? Or more upbeat tracks such as 'Flex'? "I think with myself, with the way I’ve articulated my music, I don’t really jump on the waves like that, so. I dip in and out of them a little, but the way me and Diztortion work, we’ve got our own sound. I played ‘Flex’ to Jme before it came out and he was like “bruv, you guys are just making your own genre. Like what is this? It’s sick”. So I don’t know, it’s not afrobeats, it’s not grime, it’s not bashment, it’s just a mixture of everything. So there will probably be one or two in there of me and Diztortion on there. I might have one of the current situation (genre-wise). I feel like I should just stick to what people expect from me. They want to hear the ‘Flex’ and ‘Festers’, the ‘Pows’ and ‘I Wins’, so that’s my little template I’m working with for the EP." 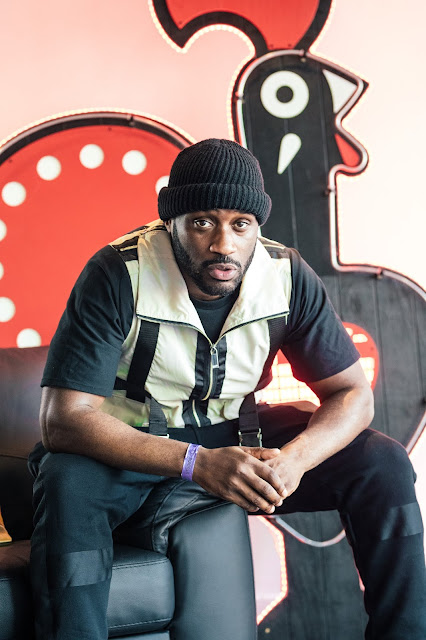 Sadly there were no hints on the features or production forefront bar Diztortion. "I don’t want to spoil it for you. Hopefully ‘Flex’ dies down a little bit soon, then I can drop this new banger with an artist on there, the producer is probably one of the best in our thing and the artist on there is flawless, so there’s collaborations obviously. Producers I’m working with are the best as usual. Obviously, I try and find the new kids as well, but the production is going to be on point as are the features, so it should be a good project."

On social media there's talk of 'grime is dead' (again), but we know it's not. Being one of the most successful artists to come from our genre, what does Lethal Bizzle think of the current state of grime? Any advice for the newer generation coming through? After all, he was told you'd never make a million off of grime and here you are today with tracks like 'Fester Skank' showcasing it is possible. "I feel like the afro-swing thing is having its moment right now, I’ve seen these waves come and go, but I think grime is here to stay. I think the grime purists just need to continue. What I will say though is there’s a blueprint now in grime on how you can articulate and portray your music. Obviously there’s a battle element, the competitiveness, but what really pushed grime to where it is today is because of the music, because of the songs. I think there’s enough examples of grime songs that could be used as a template and could be used as a blueprint to follow, not copy, just follow, because I think that’s one the general public can really connect to. Look at Stormzy. He’s the the perfect example of someone to come through with the music; with the culture. ‘Shut Up’ and ‘Where Do You Know Me From?’ are better examples (of tracks) to [which] the newer generation can relate to compared to mine, Wiley's and Skepta's. Don’t be afraid to listen to other guys and take inspiration from their music. Don’t be stuck in your ways. That’s probably how Stormzy is winning now. He’ll tell you himself he used to call me all the time and ask for advice etc. etc. He was like “Bizz, I’m taking your blueprint, blah, blah, blah”. When I started, there weren’t any Bizzles, no Wileys, no Skeptas. We were just rumbling and trying to get out. But nowadays there’s people they can watch. Just pay attention, man: all the information is there for them now to use to help their career."