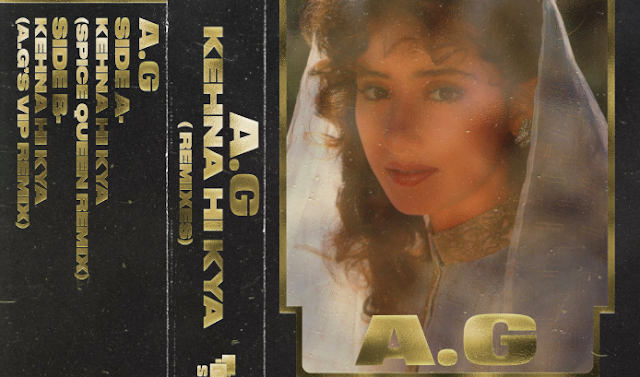 Hackney-based DJ A.G has catapulted to grime scene fame after securing a monthly residency on Rinse FM's Grime Show earlier this year. Newer fans of hers may not have realised that she's also a talented record producer. Last year, she shared her first track: a remix of Rochelle Jordan's "What the Fuss?" entitled "Froyo". This week, she's continued to cement her status as a producer, releasing two grime remixes of A.R. Rahman's "Kehna Hi Kya" (which roughly translates to "What is There to Say?").

The original song, which is in Hindi, featured in the 1995 romance film Bombay. In her 'Spice Queen' remix, A.G has upped the tempo and pitch of the original, and has added a resonant grime bassline and skippy percussion to the mix. In the VIP remix, she ventures even further from the original, adding extra melody lines and vocal cuts.

A.G released the songs alongside the note:

"I originally made this as a one off as part of the Refix challenge segment on Manara’s BBC Asian Network show & after all the great feedback I got from the crew & the gang I had to revisit it an do a full version in true .G Style fashion."

We look forward to hearing more music from A.G. You can stream and pick up both remixes as a 'name your price' download on Bandcamp below: