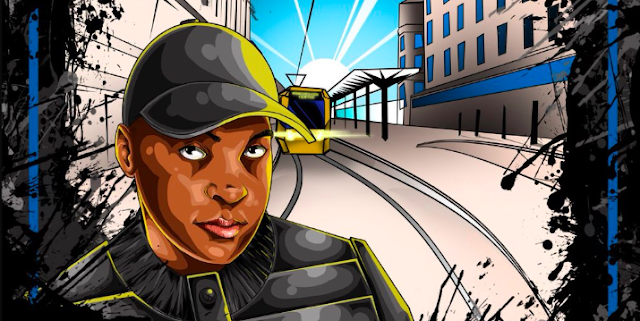 Mancunian lyricist Fiascoo has always had a penchant for storytelling. During the skit on his new mixtape Truestories 2, he describes himself as "a spoken word artist on 140 tempo". The project builds on his previous material in that there's a common thread running throughout it: on each song, he ponders over grave, uncomfortable questions.

Much of this is introspective. On standout track "Stephen Archer", he fantasises about all the ways he could get revenge on the uncle who murdered his mother in 2016 – and ultimately vents his anger at having to leave the man's fate in the hands of the justice system.

Elsewhere on the project, Fiascoo tackles worldwide political issues. On "World Gone Mad", he challenges Islamophobia ("To all that are deluded, and think most Muslims are terrorists / I beg ya, don't let the media cloud your perception"), and levels criticism at the foreign policy of Western great powers, who he insinuates are just as bloodthirsty as jihadists ("'Cause the US government, they were dropping bombs in Libya / Way before innocent kids were getting killed in Syria"). On "That's Just How It Goes", he expresses his dismay at the levels of homelessness in the UK.

Most of the beats used on Truestories 2 are flitting instrumentals packed with hi-hat rolls, that blur the lines between grime and trap. With its throaty basslines and snappy snares, however, "Priorities Straight" is a more traditional grime banger. This standout track sees Fiascoo ridicule wealthy MCs who spend more on designer fashion accessories than on paying their family's bills.

The project is packed with guest verses and choruses, which do well to complement Fiascoo's narrative without overshadowing him or distracting from his message. Among those to touch mic are RagoLoco (who appeared alongside Fiascoo on last year's winning Grime-a-Side team), Hypes (a Manchester grime original), Derby heavyweight Eyez, and soulful Mancunian DRS, usually known for his background in hip hop and drum and bass.

There's a lot to digest on Truestories 2, a project which is perhaps the most thoughtful and overtly political contribution to the grime scene this year so far. The mixtape is available now on all good retailers. Get acquainted below: