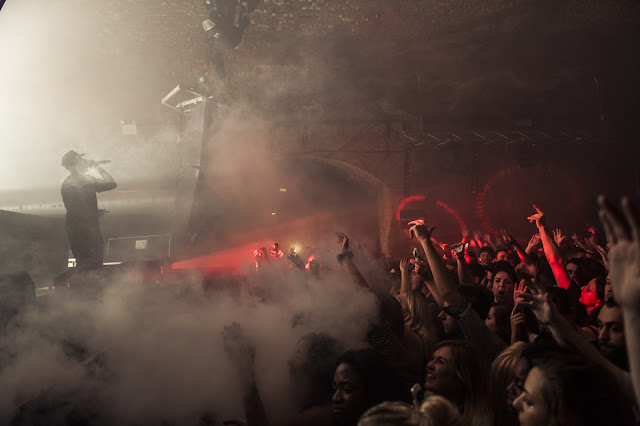 The Warehouse Project has always taken an unconventional approach to events. Rather than staying at a permanent address, the much-loved Manchester club night establishment has held residencies at various venues over the years, including Boddingtons Brewery and Victoria Warehouse. From 2007 to 2011 and from 2014 to present, their nights have been based on Stall Street, described by WHP as their 'spiritual home'. Today, the company have announced their final run of shows in the venue to take us up to the new year, and grime fans are in for a treat.

Our readers may be more tempted by the Metropolis Birthday event on 5 October, with Toddla T, Barely Legal and Trigga among those joining headliners Andy C, Hype b2b Hazard and Noisia; the Halloween Special on 26 October, featuring appearances from Mike Skinner, P Money, Sir Spyro, Chimpo, Elijah & Skilliam; and the Sounds of the Near Future night on 8 December, where AJ Tracey joins Pusha T, Slowthai, Children of Zeus, Suspect, Skengdo x AM and more for a jam-packed night of rap, drill, and hip hop.

Check out the full listings and buy your tickets here while you still can.
Premiere: Jakebob laces a velvety R&G beat on the introspective "Kold"
Premiere: Riddla brings shadowy cut "Take It Back" to Antennaterra's new compilation
Inside: Invader Spade shares his approach to imaginative new beat tape 'Final Round'
Interview: Doni Rampage on his history in grime, lessons learnt and future focus
Premiere: Prizma recruits Killa P and Long Range for skippy vinyl exclusive "Youtdem"