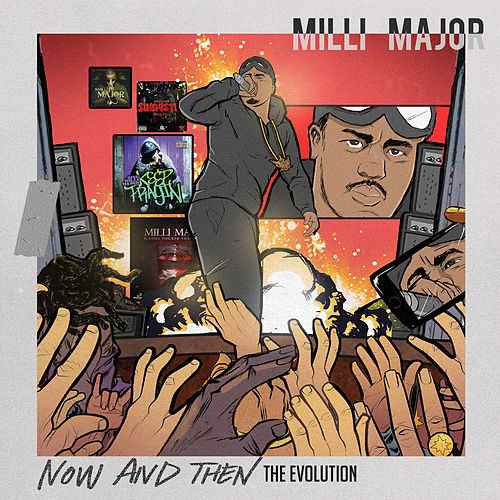 With new listeners tuning into the Grime sound every day, it's important they know the back-story and history of our beloved genre. One artist who's doing exactly this, but with his own music, is Bloodline's Milli Major. Having been in the game since the early days of Grime, he's been there, done that and wrote a track about it too. Milli Major has complied seventeen tracks, including a new one featuring Flirta D (below), wrapped them up and released the project via Apple Music, iTunes, Spotify etc.

The whole Bloodline collective make features on 'Now and Then (The Evolution)'. President T, Big H, Bossman Birdie and Paper Pabs have had their vocals spread throughout the project. The Newham Generals, Footsie and D Double E, both make appearances on 'One by One' and 'Winning' respectively. Previous singles such as 'Remember Me', 'Gassed In The Room' plus 'No Check' all made the final cut. Bars wise, all angles are covered.

Watch Milli Major's new video above, stream his project below on Spotify (a playlist was made as some tunes are out already on there) plus follow him on Twitter here.

Ps. Milli was also on the Grime Show on Rinse FM recently too alongside Flirta D, Swarvo, Mez and DJ Grandmixxer on decks.