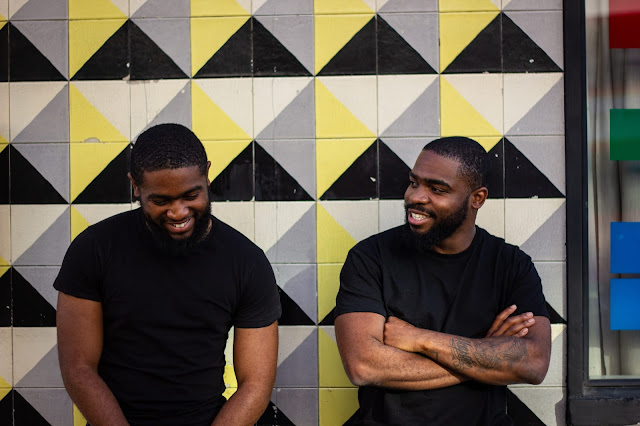 In grime, there have been many dynamic duos of brothers. Skepta and Jme, Breeze and Brazen, Crazy Titch and Durrty Goodz. I sat down with another pair, RD and Mr X, whose father is one half of the Ragga Twins. Another impressive musical brotherly bond. According to Mr X, working with your brother is "very easy, it's only sometimes he might show me an instrumental and I'm like "nah I'm not feeling that one" or vice versa which'll end up one of us making a track on our own instead, but we don't really have any difficulties". The pair have already got their next two projects after Think Twice lined up too. On a warm afternoon in Shoreditch, we chatted about their new release, the future, working 9-5's and RD's YouTube cooking series. 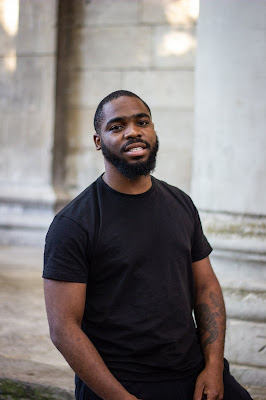 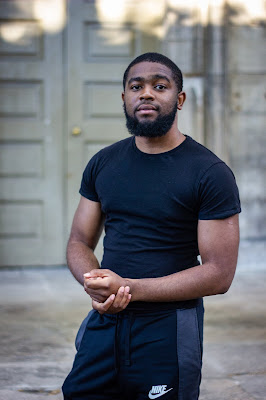 So how long did it take you guys to make the project? Did you sit down with producers in the studio and make tracks? Or do producers send you the beats in batches and you choose from there?

Mr X: It took us a month to get into the studio and actually make Think Twice, but it took us about two months to write it. As for the production side, we kind of just picked the tunes we wanted really.

RD: Some of them we've had on our computer for time, so it was simply "I want to vocal that" with a few beats. I don't think any of the tunes were specifically made for us. Some were even bought off of iTunes. "Call My Phone", that was off of iTunes. I felt the beat so we made a tune to it.

It seems a very authentic grime project, especially with the choice of producers. Teddy, Filthy Gears, Jammz. They're all strong grime-producing names. My favourite is the lead single and title track "Think Twice", produced by Jammz. Who else is on there specifically production-wise?

RD: Mystry's on there, Shannon Parkes, Loonz, Scholar. I've been trying to reach out to Loonz because he's a sick producer, but I literally don't know where he is. Big up Loonz if you're reading because I need more riddims.

Have either of you ever thought about producing? When making music you guys won't even have to leave your homes. One spits and the other makes the beats.

RD: A lot of people don't know but I used to produced back in the day. But it's not something that I really want to do. I could if I really put my mind to it, but there's isn't really a passion for producing there. It's hard, it can get difficult. If you don't have the passion to want to know how to do it then you're not going to apply yourself. You've got MCs and artists out there who don't make beats, not everyone makes beats.

Mr X: It's the same thing with me. I can't be bothered to make a beat. You've got to go through the stage of making shit beats to then make decent ones and I've just done that with lyrics, I can't do that again with beats (laughs).

RD: If a producer made beats infront of me I'd probably fall asleep. It's so boring. I love the end product, but watching someone make beats, boring. I don't have the attention span.

Mr X: Sometimes I get a sound in my head and I'm like "that sounds good", but if I were to put it down it wouldn't sound like that.

RD: Leave the producing to producers.

Making a living off of music is extreamly hard. When working, more times than not, you've had to have more than one revenue of income to get anywhere in life. With gaining and maintaining fans in 2018 you have to do the same. RD's doing just that by taking his day job onto YouTube with his own cooking series. 'Whipping in the Kitchen' is now on its fourth series, but for those who don't know, how did it all start?

RD: Well I started it in 2015 with Lordie on the Grime Report. We were doing alright, getting mad views like 40k+, I think the most viewed one is on 80-90k. I think Lordie had something going on, or for whatever reasons Lordie cut out, kind of left me on my ones, so I went independent with it. After Lordie I had TC from Payback Entertainment coming to film it. The series was moved onto my YouTube account, so obviously the views were young, as it was new page. It was like starting from scratch again. After we done a series with him, the same sort of thing happened as with Lordie. Due to that I thought instead of getting people to record for me, I'm going to have to buy my own camera and got (Mr) X to film it. When the viewers watch it, they want comedy; they want natural vibes. With us being brothers, it makes it so much easier and makes so much more sense too. I said to him if I buy the camera, he can film it and vibes, then I can learn edit it myself. Even when I'm editing it now I'm still learning, X is still learning to use a camera properly too, so really it's all new to us, but it's doing alright man, it's doing good.

We've just finished the fourth series, so now it's time to plan for the next series. At the moment I'm looking to get some new guests on there with other people cooking. Where I used to work in the industry I know a lot of other chefs, so hopefully I can get them on to bring a different angle and different flavours and all that.

How important do you think it is now for artists to have their own platform? Because at first you were filming and uploading to Lordie's channel, now your own. I assume you'll be uploading music videos to that too?

RD: Yeah, I've already got two music videos on there. I think it's quite important because when you're on other platforms they've got too much control of your material. Guys put in so much work to get stuff done to then go and give it away to someone else. You read the description and it's just all their stuff (social media links etc). You've got a single out that's off of one of your projects and in the description is just their details, that doesn't make no sense to me. Having your own platform is good because you have full control over when everything drops. When its in your hands everything happens they way you want it to happen because you make have control over it.

You guys mention you two still work 9 to 5s in your lyrics, when do you think the point will be that you'll be able to do music full time and put all your energy into the art? Because right now it's still kind of a hobby, it isn't, but it sort of is.

RD: We get bookings here and there, but not like certain man. As for work, I'll work until I no longer have to work. Till the Ps are rolling, I'll be working and juggling that double life.

The thing is some kids/people will look at YouTube, look at these artists and think everyone is balling now off of music and doing it full time. I don't think they realise how hard it is to do your job, do music and still do things on the side too, such as 'Whipping In The Kitchen' as well. It's good that artists nowadays are trying to hit different angles as well, not just their music to engage.

With that all in mind, what's next for RD and Mr X? We've already seen videos for a couple tracks off of Think Twice, what's the next track to receive a visual going to be?

RD: The next video is "Same Difference". Saoud Khalaf's shooting that. He's done my last three vids, so I'm working quite closely with him. What I like about him is that he cares. You get a lot of directors who don't really care, he cares. Proper genuine.

Mr X: He comes to the video shoot with his own ideas. Nine times out of ten, they're good ideas.

'Think Twice' by RD and Mr X is out now on all the usual digital outlets of iTunes, Spotify etc. Don't forget to also follow the pair on Twitter - @RD_MusicUpdates & @Mr_X44.