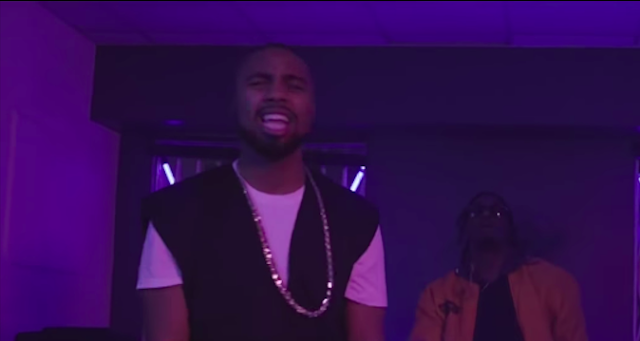 Greenwich luminaries Saskilla and Ten Dixon have unveiled the crisp new visuals to "Truss Me", a highlight from their collaborative SAFE EP which dropped back in March. The video, directed by MILAVIEW, sees the two MCs interrupt an interview with some high-octane lyrics; Sas kicks off the proceedings with the instantly memorable lines: "Who's this Poundland Skepta? / Rudeboy, your career's dead like Hector".

Over an exuberant and instantly identifiable instrumental from Tottenham producer Blay, the two MCs flex their lyrical muscles, with Saskilla reminiscing on his early career highlights ("Back in the day, did shows with Flirta / Manic FM, that's sets with Vectra") and Ten bringing his signature enthusiasm to the track ("I'm so gassed, I could jump out a moving train / And still be alive").

This shortened edit of the song cuts out its original EP outro, which sampled Bobby McFerrin's iconic 1988 hit "Don't Worry, Be Happy".

Check out the new visuals below via GRM Daily, and be sure to find the three artists on Twitter to keep up to date with their musical ventures: @Saskilla, @MrTenDixon and @Blay_Vision.