Interview: Grim Sickers on his debut album and blurring the line between genres 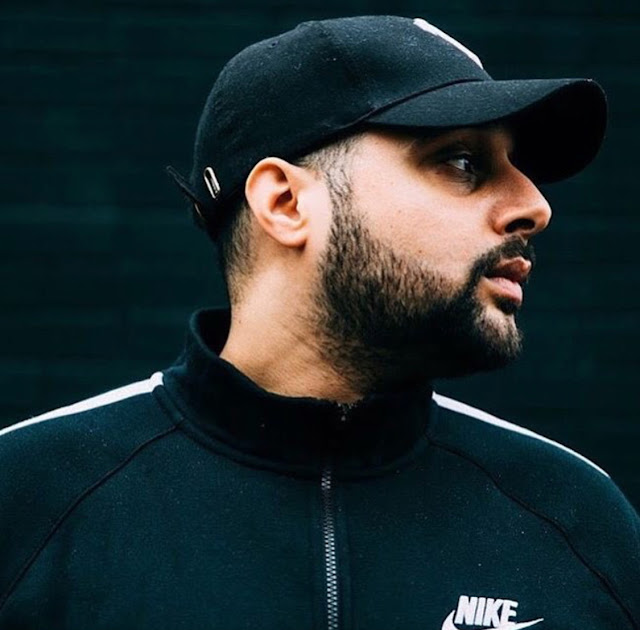 Grim Sickers has had a fascinating career trajectory. First making a name for himself through collaborations with fellow Wiltshire MCs and Don't Flop rap battles, his warring abilities caught the attention of Jammer and he soon found himself pitched against Birmingham MC Grimmy at 2014's Lord of the Mics V clash. His send for AK later impressed Ghetts, who recruited Sickers for the Momentum 2 highlight "Death Penalty" and propelled him further into the limelight.

Now seven mixtapes deep, the Swindon lyricist is one of the most streamed artists in grime, with hits such as "Kane" and "Open the Till" racking up millions of plays. He's forged a prosperous musical partnership with The Streets' Mike Skinner, who recently brought him onstage throughout their sold-out tour, and he's also rubbing shoulders with household names like Example and Jme. Poised to release his debut album The Intercontinental Champ in the imminent future, Sickers is looking like a force to be reckoned with. We caught up with him for a revealing interview spanning the past, present, and future. Read on for our full conversation.


You're probably the biggest artist in Swindon right now. Is there much of a music scene in your hometown?

There's one other guy coming through called Fabien Darcy who I think is gonna go really far. Apart from that, I think it's a growing sound. I wouldn't knock it. I'd hope that in ten years' time, I've built the foundation for someone else to come through.

What's one piece of music industry knowledge that you'd like to pass onto emerging artists?

Trust your gut instinct when releasing music. A lot of people might change their sound because they think that's what's in right now, but I'll always be like 'trust yourself and make what you wanna make. Release that without worrying about what anyone thinks'.

That's great advice. I can see that you follow it yourself – you seem comfortable on any tempo.

I've just done a Tim & Barry ["The Lift" freestyle]. I think I'm the first rap one. Guys would have thought I'd done grime, but I've just done the most depressing emo rap freestyle ever. Whether they like it or not, that's what I felt like doing that day. Someone who I rate that's doing that at the moment is Master Peace. He's just dropping what he wants; he don't care what anyone says. That's the way everyone should be!


Do you see the gassed-up grime Sickers and introspective rap Sickers as two different personas?

Definitely. I love the sad boy emo rap stuff, but a lot of people don't get it. Before, when I was dropping it, it wasn't really big, but now I see people like Juice WRLD getting big off the same sort of sound, so... I really wanna flourish as an artist now and take a year out. Not from grime—I'll always do grime; I've got a lot of big features coming—but I really wanna focus on the rap stuff for a little bit.

You've called your forthcoming album 'The Intercontinental Champ' and you've got a well-documented love for boxing too. Have you ever been in the ring yourself?

Is there a certain vibe or sound that you were aiming for with the album?

I've tried mixing my All Black Forever sound with my grime sound, so there is quite a lot of both. For instance, there's a Filthy Gears tune on there... you would have never known that Filthy Gears produced it! It's not even, like, hype. It's so mellow and I'm not even gassed on it, so... it's kind of both worlds. There's some heavy grime on there, but there's also some mellow music on it.

Sounds like it'll be a real all-round insight into you as an artist. You recently smashed it on the Grime Show with Logan Sama – do you prepare much for sets or can you just walk in the room and shell?

Nah, I just learn my bars. I can go and spit anywhere. I've got bars that I can just walk in and spit. Set bars that I've done on tunes; features that haven't come out yet. I try not to repeat bars, but it gets hard after a while. I've never prepared for a set. I don't need to. I could do a set today and I'd be alright.

I guess there are certain bars that you just have to draw for every time – the "Kane" ones; the "Bread" ones...

Oh, I know! I'm gonna have to spit that for the rest of my life, so I'm fuming about that, man. Jheeze. It gets boring after a while.

I bet. But those bars will stand the test of time, like "Murkle Man" has for Jammer.

Yeah! D Double does it; Discarda and "Waterboy"; everyone's got their signature bar, innit? In hindsight, yeah, it's good as well.


I'm sure fans are keen to witness you barring live in the flesh. Have you got any shows on the horizon?

I've got booked in LA and Miami next month. I've got three dates out there.

Sick. You performed stateside earlier in the year too, right?

Yeah, I'm just murking dubstep raves out there on the low. They've brought me back out for a few shows. It's me, Plastician, and Mala. It's mad out there, so I'm creeping on the dubstep as an extra string to my bow. Clocking it early. I'm not blowing my own trumpet, but I can see something early before it comes in. All the emo rap? I was doing it before it came in. I can see dubstep is about to creep in in the next two years. So I'm doing dubstep parties over in America.

And you were spitting over dubstep way before Skrillex took off! Early mixtape tunes like "Bakin' Bread" with P Money.

Way before! That was early, that was even before I was any good, to be fair. That was me tryna get my name in the scene.

Well, it's all paid off. Are you tempted to return to Lord of the Mics this year?

Nah. I feel like if I go there twice, then really, I'll be starting again. I've built my name up off Lord of the Mics. It's a great platform, but it's not for me this time. It's for the next up-and-coming MC that needs to prove themselves. I've just come off the tour with The Streets, bro. I'm on different things, but I'll always respect the platform, and I'll always push whatever Jammer's doing. I don't really wanna clash anymore. I'd rather make songs.

Course. It would be better to get all of the new wave on there, then in five years' time, it'll turn into a classic. I did it in 2014, but it wouldn't make sense doing it again in 2018.

Mike Skinner's played an integral role in your career for the last couple of years. How did the two of you meet?

Murkage Dave played him "Kane". I found that out about four months ago. He said 'listen, I need to work with this guy'. We get along so well. He took me on tour. Every show, we did "Open the Till". We've got new music coming out. What Mike's done is kinda brought everyone together: me, Despa [Robinson], Jaykae, Dapz on the Map, Star.One, Murkage Dave... there's a great camp growing. Mike's done a lot for a lot of people.

Example's another high-profile fan of yours. What's the story behind your unlikely musical partnership?

I think he heard one tune, and then we'd just been DMing. He said 'we're gonna work together', and then we did. I've got another tune with him on my album, as well, so we've got a few tracks together.

It's good that you're tapping into new audiences.

Yeah, that's what I was tryna do: go through grime. I'll always be a grime artist, but recently I'm doing dubstep; tryna tap into the pop culture, a little bit. There's works with other pop artists—more mainstream artists—as well. I don't think people are really clocking what I'm doing, but it will say a lot over time.

Anything else we should know about the album?

I've not put "Open the Till" or "Kane" on the album on purpose because I wanna give the fans twelve fresh new tunes. We've got features from Bonkaz and Manga on there. Just expect a mix of rap, grime, and anything in between.

I've got a Fire in the Booth next week, as well. I'm gonna do a rap one first, and then a grime beat. I think it'll be airing on the Saturday.