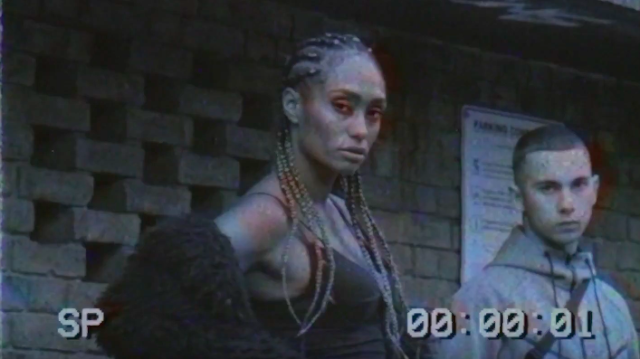 North London MC Madders has had a busy week. Continuing to build on the momentum of her Madders on the Block EP, which dropped in June, the prolific Haringey spitter has released both a BL@CKBOX freestyle and a new music video for EP highlight "Dark", the latter of which features guest verses from Tommy B, Discarda and Lost Souljah.

On her BL@CKBOX debut, she tackles Jammz's infamous "Danger" instrumental, spreading a passionate and needed message about the lack of support for female MCs within the grime scene:

"I might wear a tracksuit, I might wear a dress
That don't define me, get that out of your head
How about you go and book some women instead?
We wanna be heard, we ain't getting no cred"

She also follows on from the political theme of her recent single "Listen", spitting:

"I was the first MC to perform inside the Houses of Parliament
Formation, Theresa May, you're done out here, no argument
We need more young MPs, more young people, let's start with them
They can make the change and break the cycle and start again"


Meanwhile, the grainy music video for "Dark", directed by Shan Brown, sees Tiff, Tommy B and Discarda weaving their way through a council estate in the early evening. Taking on Shannon Parkes' eerie "Godzilla" instrumental, the three MCs condemn fake friends and remind listeners of their lyrical prowess. Lost Souljah, who featured on the original song, sadly isn't in the new video, which you can check out below:

The Madders on the Block EP is out now. You can listen to the full project on Apple Music here.
Premiere: Jakebob laces a velvety R&G beat on the introspective "Kold"
Premiere: Riddla brings shadowy cut "Take It Back" to Antennaterra's new compilation
Inside: Invader Spade shares his approach to imaginative new beat tape 'Final Round'
Interview: Doni Rampage on his history in grime, lessons learnt and future focus
Premiere: Prizma recruits Killa P and Long Range for skippy vinyl exclusive "Youtdem"