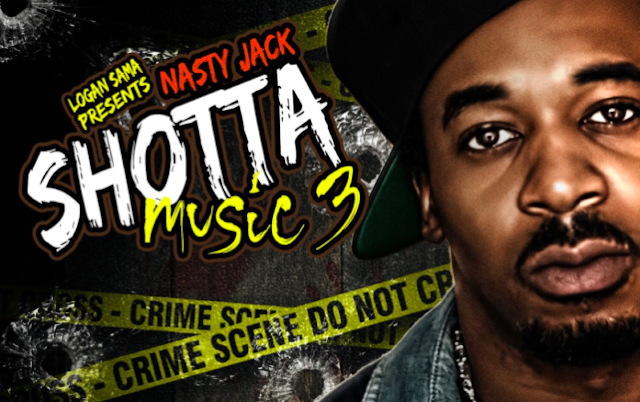 Nasty Jack's trailblazing 2008 mixtape Shotta Music was the first of its kind: a full-length project marrying up grime beats with tuneful, dancehall-tinged vocals, hosted by grime scene celebrity DJ Logan Sama. Boasting colossal guest appearances from Skepta, Flowdan and Teddy Bruckshot among others, the tape was met with rave reviews and later spawned a sequel. Fast forward a decade and the series is back for its third instalment, recorded over four years and once again celebrating the Shepherd's Bush MC's Jamaican heritage. As per tradition, the vast majority of beats are produced by Jack himself, although Filthy Gears, No One Special, P Jam, Klapz and Spooky all lend a helping hand.

Shotta Music 3 is more varied than its predecessors, and is rich in musical influences. Opening track "Uno Know Me" sees Jack take on an epic Filthy Gears production which makes him sound like the final boss from a retro video game. The self-produced "All Kinda Dan" finds him reeling off a list of some of his most high-profile contacts ("Big Flowdan, Riko Dan, Meridian Dan") over pitched steel drums. "Demon Music", produced by young West Londoner Klapz, is noticeably drill-influenced, and serves as a stark contrast from the old-school dancehall instrumentation found on previous volumes.

Other areas of the tape are more reminiscent of vintage NJ. "Love You Like" is a typical tongue-in-cheek gyal tune, not too dissimilar to volume one's "The Sweetest Girl". A highlight on 2012's Shotta Music 2 was "Dutty Hammer" featuring Jamakabi, a dancehall parody of Michael Jackson's classic "Dirty Diana". New track "Welcome to North West" follows in the same vein, enlisting in UK funky star Donae'o for a memorable spin on Damian Marley's "Welcome to Jamrock". The only other feature on the project comes courtesy of Ealing MC Scrufizzer, who excels over a minimal, ascending instrumental on standout track "Put on the Bally".

Shotta Music 3 is out now on Spotify. Stream the full mixtape and check out the track listing exclusively below: