Shannon Parkes threatens to 'Skeng Man Down' on his latest single 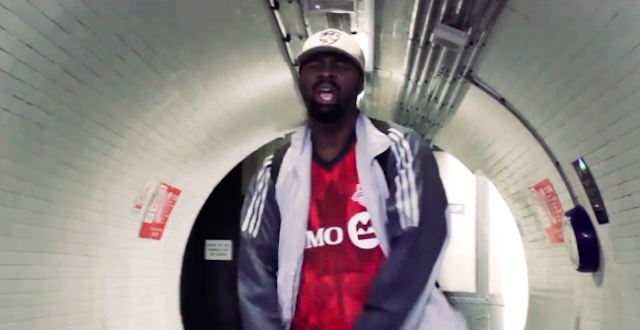 Greenwich MC/producer Shannon Parkes, also known as EssKayy, is fast on the rise. The WAVE Gang member has made a name for himself through producing for the likes of Ten Dixon, Madders, and Miz, and also recently competed in the Beat Boss 7 qualifiers. This week, he's dropped the long-awaited visuals for his latest self-produced single "Skeng Man Down", the audio for which first dropped in November last year.

In the dizzying new video, directed by George Barnes of Room Thirteen, we follow Shannon round a dingy subway at a breakneck speed, while he taunts his adversaries with humorous lyrics such as "How you gonna talk 'bout how you've got kis? / Only keys that you know about is QWERTY".

Shortly after the song's release, Parkes put out a tweet claiming: "I got three songs I didn't write, just straight off the dome with tekkers. Skeng Man Down is one of them."

Find the new music video below. The "Skeng Man Down" / "Freestyle 2017" single is available to buy on Apple Music here.