Vision Crew release their new project 'Swimming In The Blue' 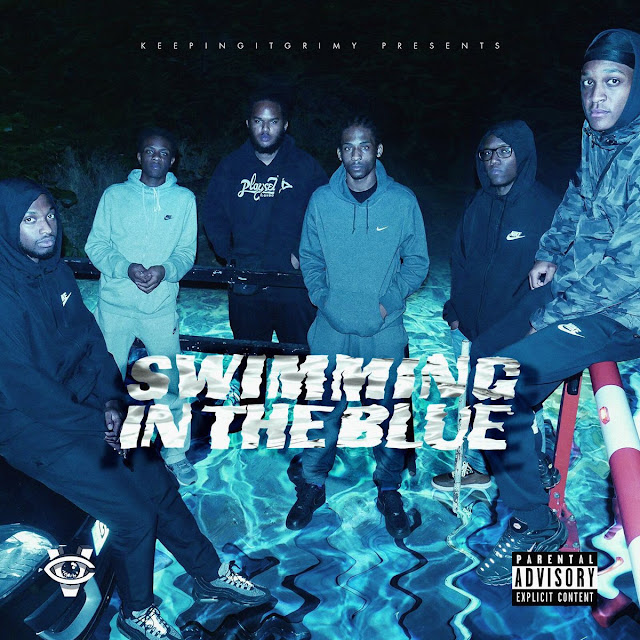 South London has been a real cauldron pot for inspiring UK music over the past few years. OGz led the frontline initially, Giggs made road rap popular, Krept & Konan came through, Section Boyz had their time briefly, then there's the rise of drill music. These transitions have left their mark on the area and artists within it trying to create their own lane. One collective doing so is Vision Crew. Championed by former Kiss 100 DJ Logan Sama via his Keepin' It Grimy inprint, Swimming In The Blue couldn't sound more South if Vision Crew tried.

Vision Crew consists of six members; WhackEye, Tyzz, Goldie, Pascall, Ezro and DJ Kay C. "Blue Side" was their lead single and introduction to this tape, but it's their new track and video "Movie" which is a real highlight.

Dark, grimy, slightly trappy with drill flows, it's South London in a nutshell. Out of the seven tracks on offering, another track that's gaining traction is "Going to the Moon", which follows "Movie" on the project's running order.

The release is a showcase of the group's talents, with Vision Crew a collective to really keep an eye on in the future. There aren't many crews in the scene nowadays, so it'll be interesting to see where these guys go with their music.

Listen to Swimming In The Blue below on Spotify or alternatively listen to it on Apple Music here.