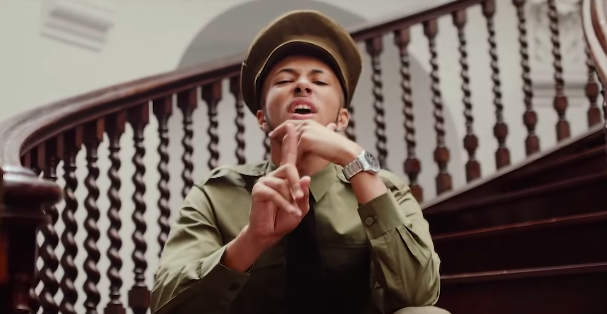 Lewisham MC Yizzy has had his fair share of wars in the last year alone, some light-hearted and others more personal. Notable clashes include an appearance at Red Bull's Grime-a-Side tournament and a Twitter spat with YGG. It's fitting, then, that he's donned the uniform of a seasoned army chief in his instantly memorable new video for "Chief", a highlight taken from his recently-released debut EP S.O.S.

The instrumental used for the track is D.O.K's raw and melodic remix of Prince Rapid's Ruff Sqwad classic "Pied Piper". Check out the new video below: