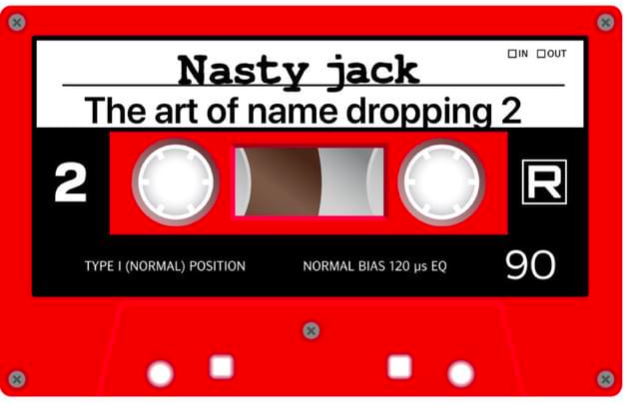 West London MC Nasty Jack has been showering fans with new music ever since the release of his modern classic "Swaggy in the Baggy" early in the summer. Nearly every Friday for the last three months, he's dropped consecutive tunes, and this week he's opted for "The Art of Name Dropping 2". As its name suggests, the track serves as a sequel to "The Art of Name Dropping", which was released back in 2016 and remains one of his most well-received songs to date.

The premise of the new song, much like its predecessor, is simple: Jack crams as many names of musicians into three verses as possible. But the feat itself is seriously impressive. Spanning the grime and UK rap scenes, he weaves about seventy references to MCs, DJs, crews and radio stations into less than three minutes, over a No One Special production.

This time, he's made reference to a whole cohort of younger MCs, with GHSTLY XXVII, PK, Big John and Big Zuu among those alluded to in the song's coded lyrics. As you'd expect, he also shouts out plenty of his former N.A.S.T.Y Crew colleagues ("Born in the ghetto so I seen 'caine").

Check out "The Art of Name Dropping 2" below and see how many double entendres you can count.