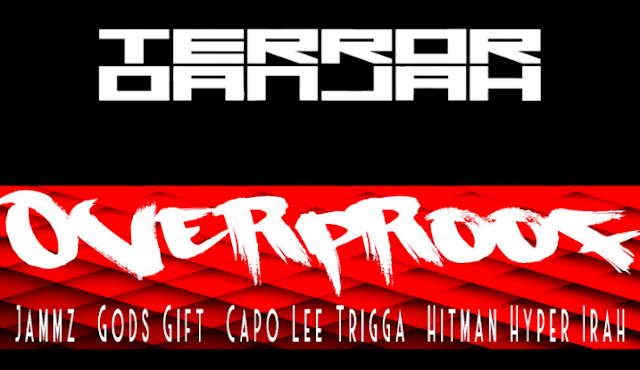 Terror Danjah's arcade-like "Overproof" riddim, complete with rapid-fire video game samples and plucked synth arpeggios, has been making waves on radio sets for a few months now. Taking the format of a sixteen-bar rally, the former N.A.S.T.Y Crew and Aftershock producer's new track calls upon an eclectic lineup of MCs, some of whom were around for grime's foundations and others who burst onto the scene more recently: Jammz, God's Gift, Trigga, Capo Lee, Hitman Hyper and Irah get a verse each. The release also includes the clean and instrumental versions of the song.

There are plenty of instantly-memorable lyrical gems on this one. God's Gift may have started out in the music game two decades ago, but he's still attuned to pop culture ("Hunt man down like Pokémon Go / Then run man down, poke him and go"). Meanwhile, Hitman Hyper remixes Jammer's iconic "Murkle Man" lyric ("It's the heater man / I'll come through your dance and reap a man").

Stream the three versions of the song below: