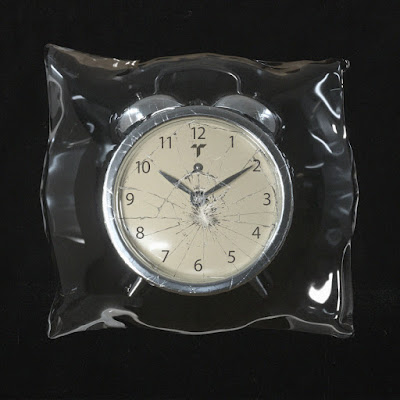 UK bass music has its scenes and genres, each scene with its icons and legends: when we think about drum and bass we think of Goldie, when we think of garage we think of EZ or Todd Edwards. It’s rare to see these icons cross over into other genres and see the same success as before, but no one told that to Plastician.

The Croydon producer championed dubstep from its genesis at the turn of the millennium, whilst almost simultaneously becoming a prominent figure in grime – linking up with the likes of Skepta very early in his career. His sounds help carve the soundscape of 140 music, which he celebrates with his latest release.

Overdue gives classic grime and dubstep a fresh approach, a timeless body of music that serves up nostalgic sounds to a 2018 audience in terms of mood and tempo. "Windwalker" opens with ambience, setting up a pipe melody that fans are already drawing comparisons to his 2007 anthem "Japan". The drums are forward-thinking, slightly trappier; complementing the 120 tempo.

"Wonky" hits without warning, and is a showpiece in how early instrumental grime has shaped today’s producers. The bass on this track takes us back to a time of Alias and Jme productions, with a stripped back eight-bar heater. Track three "Tainted", sees Plastician draw on his work pioneering the wave scene in the UK. The gloomy synths lay the foundation for the drums to fade in and out of existence.

"Brexit Beats" has become the standout track on the album, but it offers so much more than the culturally relevant title. The icy melodies are very synonymous with today’s producers such as Last Japan and Rapture 4D, the latter of whom has worked with Plastician previously. Following up, "Photons" opens like a music box with a quaint melody, which is built upon with synths and strings – giving a light contrast to the previously darker tracks.

Harking back to Plastician’s early influences when cutting his teeth at the birth of dubstep, "Music Won’t Love You Back" comes in a dark garage format. The vocal samples make this track weightless, putting the listener in the same mood a Burial track would. It’s another great example of his ability to make intricate and effective music, no matter the style.

Rounding off the album is "Rawd", another wave-sounding track with a light dusting of drums – similar to "Wonky". There is more of an ambience on this track, though – another forward thinking track that is a constant reminder of how Plastician is always drawing from the past to help shape the future of UK bass music.

You can pick up and listen to Overdue below via Bandcamp, or can also purchase and stream the project over on Apple Music or Spotify.