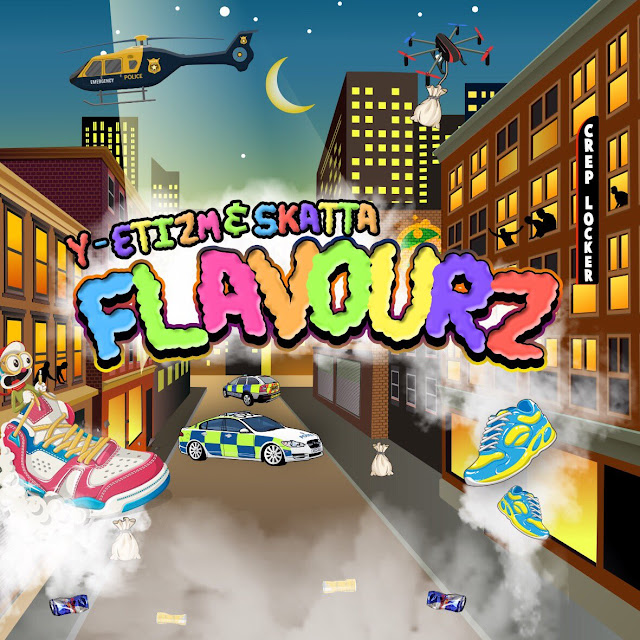 London based produced Y-ETizm and Coventry's Skatta have teamed up for a new project. Having met last year at the BBC Amplify conference, the pair have since created and now released a six track Grime EP alongside several videos on the way. The latest being 'Style and Trend' which dropped in the week prior to the release of 'Flavourz'.

Without including the intro or outro, each track is around two and a half minutes, which Skatta felt would "help keep the listeners' attention". Whilst 'Style and Trend' is more of an upbeat and light hearted Grime track, 'Choppers In The Sky' is where you want to turn your attention to if you like the more darker sounds of Grime. The ones you can zone out to. Listen to the project below which also includes 'Room Full Of Greats' and 'Selfies' below on Spotify or alternatively purchase the EP on iTunes.