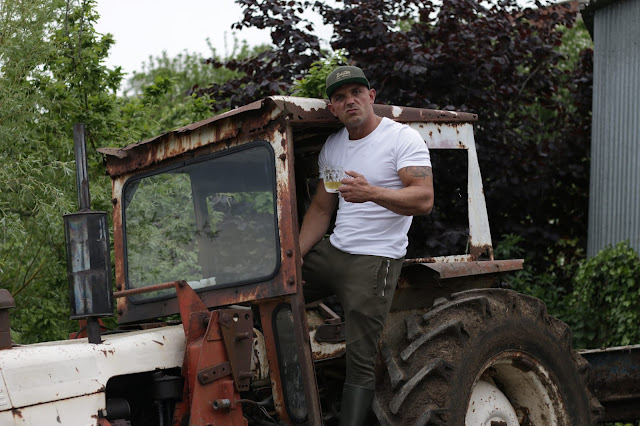 "I sound like a farmer. There's no two ways about it."

An indisputable mainstay of the Bristol grime scene, Slowie has spent the last two decades performing at prestigious events across the country including Sidewinder, iluvlive, and Love Saves the Day Festival. With songs spanning deeply personal tales of anxiety and friendships gone sour as well as more light-hearted topics, the plasterer and father-of-one is leading the way in providing honest lyrical content that resonates with a universal audience.

On 12 October, he dropped his debut EP, Snakes and Blaggers, through local label Durkle Disco. The project boasts productions from an array of acclaimed West Country talents: Gemmy, Jakes, Caski, and Lamont. We had the honour of premiering the title track shortly before its release.

Last Wednesday, Slowie appeared on Marcus Nasty's Rinse FM show alongside an elite team of Bristol talents—Koast, Dash Villz, Jakes, and Gemmy—to showcase the new project. We caught up with him just moments before he touched mic for a revealing interview, delving into his career history, Snakes and Blaggers, Bristol grime, and what the future holds. We also invited him to freestyle over an epic, bass-heavy new instrumental from Cardiff producer Dubzta called "Rain". Check out the results below, and read on for the full interview.

"I went away for a while, took time out to raise my child – that don't mean that my pen relaxed!" ("Taxman")

On "Taxman", you flip the lyrics of Wildchild's "Renegade Master" into an entirely new creation. What was the inspiration behind that?

It was just an idea to remix it, but then as soon as I writ the bar, I was like 'yeah, that actually sounds cool, so I'm gonna use that'. We writ it to a different beat originally; it was a lot faster. Lamont listened to the lyrics, he liked it and said he was gonna make a tune for it. That's where "Taxman" came from.


What kind of music did you grow up listening to? When did you latch onto grime?

Kris Kross when I was really young, then I was listening to Maxi Priest and Shabba Ranks and that when I was growing up in Easton. And then American hip hop, I reckon – Eminem inspired me a lot with his first album, definitely. That was a big thing for me. And then really and truly, I was MCing to drum and bass when I first started. There used to be a club in Bristol called the Powerhouse, next door to Blue Mountain. Every Thursday night back in the day, I used to go in there and MC with people like TDK and Trix.

Then I moved away from Bristol—to Reading—and met up with a group called the Lynch Mob there. They were doing garage and grime at the time, so it was something new to me. I adapted myself from drum and bass to that. It's probably why I've still got that double fast time flow!

"People are taking Bristol a lot more seriously now than they did back in the day."


You must have been one of, if not the first Bristolian grime MC. How did you first make a name for yourself?

When I started out, it was just me and Buggsy, really. It was a lot harder with us 'cause we never really had social media in those days. All we had was MySpace and that was it! You had to put the graft in; you had to just turn up to places to get gigs, there weren't the networking there is now.

I made a mixtape called Technicalities with a guy called Flip-C who's actually not even producing any more. We made probably around 150 hard copies at the time. I was only young, probably about seventeen, and I went around to the record shops and said 'can I just put my CD here?' and they said 'yeah!'. I put ten or fifteen in each shop, and they sold out! I never went to collect the money, and I never went to restock the shelves! It's so random, and some of the tunes that I've got have still never even been released or put into the right places to see what could happen. I have been going back to some old stuff and listening to it, and maybe there might be a few remixes coming... 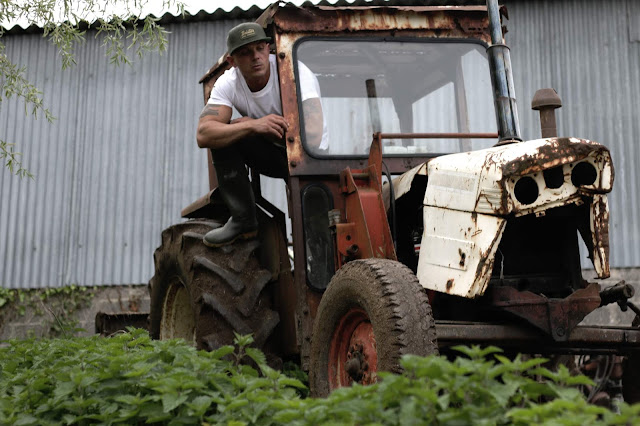 What do you think about where the local scene's gone and where it's going?

It's improved massively. It's gone from strength to strength. I reckon people are taking Bristol a lot more seriously now than they did back in the day. There's been a lot of good artists coming out, showing themselves on a high platform, so I think it's looking good for Bristol grime artists and Bristol artists on the whole, really.

You've got one of the most distinctive and authentic West Country voices in Bristol; why do you think there aren't more artists embracing the "BRSlang"?

Do you know what, mate? I ain't got a clue! I literally couldn't MC any other way 'cause of the way I speak—obviously, you can tell by my accent—but I'm not complaining, because I'm the only one. I'm sure some people might come through—soon, hopefully—but for now it's just me. And I'm happy with that.

While we're on the subject of Bristol: where's your favourite watering hole? And what's the story behind the 'Snakes and Blaggers' EP artwork?

Well, I grew up in Horfield, so we had a few around there! The artwork is quite self-explanatory, I guess: I sound like a farmer. There's no two ways about it, and I get that 100%, so I wanna try and incorporate it... I've got videos for "BRSlang" and "Snakes and Blaggers" coming out soon, and part of the "BRSlang" video's filmed on a farm. I wanted to try and incorporate the farm and the city lifestyle. The video works. When it drops, you'll see what I mean; it's something special. It's time for Bristol to stand up.

What's interesting about the EP is that it sees renowned dubstep producers crossing over into grime. Was that intentionally planned?

I've known Jakes for years. I've known Gemmy for years. We grew up in the same area—Horfield—so they know my style, and they know what suits me. I know them as friends, not just as an MC going to a producer, so as soon as we linked up... I made the tune with Gemmy in the kitchen, so it was just organic how it worked, and they adapted their style to my style.

It even sounds like they tailored the beats around your flow, in a sense.

Quite a lot of the time, when I work with producers, I get them to send me a skeleton beat. Just a bass, a beat, and a little hook or melody or whatever that's going on. I'll write my bars to it, I'll send it back to them and they'll create a tune around it. I think it works well, and it fits, and you can hear it when you listen to it.

Our readers will have plenty to get stuck into with the new EP, but beyond 'Snakes and Blaggers', what's next on the horizon for you musically?

I've got a new beat that's come in from Lamont. I'm hoping to do some work with Sam Binga very soon as well, which is gonna be crazy. I've got tunes that are sat there and waiting, really, so now I'm working with producers. I think we're gonna release a few singles and then drop a mixtape.

Have you got any forthcoming shows or sets that our readers should know about?

I'm on Flex FM in November with Kaizen Karnak. Also, we're doing a Snakes & Blaggers night at the Love Inn in Bristol with a few good DJs on the lineup. At the moment, I've been focusing more on studio time – I'm gonna let the EP drop, see what happens, and go from there. I've been gigging quite a bit recently. Most of my gigs are outside of Bristol, which is kind of ironic, but it's going really well!

Glad to hear it! Thanks for your time.