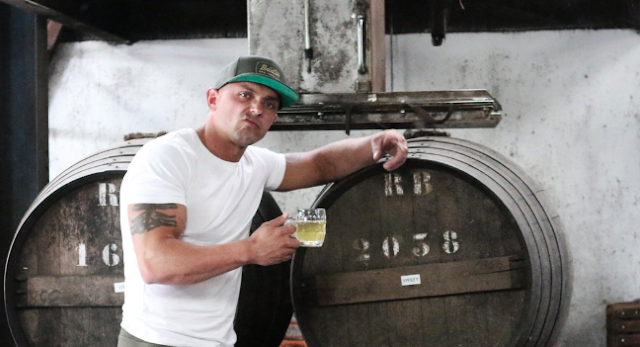 Over the past decade, Slowie has earned his stripes as one of the most distinctive MCs in the west of England. A decorated member of the Bristol grime scene, the 35-year-old barrer has a myriad of achievements under his belt, including festival bookings, numerous Rinse FM appearances, and a freestyle for Charlie Sloth's 'Fire in the Streets' segment. In and out of the studio, he's unapologetically West Country, setting himself apart from his competitors by way of authentically embracing his local dialect.

Dive into the depths of the internet and you'll find Slowie tracks dating back to 2008 on his old MySpace account. It's perhaps a surprise, then, that it's taken him this long to put out his first project on streaming services like Spotify and Apple Music; however, the attention to detail involved in the Snakes & Blaggers EP is evident from the first listen. With impeccable, dubstep-tinged productions from 140 BPM heavyweights Gemmy, Lamont, Caski and Jakes, and refreshingly honest, down-to-earth lyrics, the Bristol Boy has carefully crafted one of the most exciting projects of 2018, forthcoming next Friday 12 October on Durkle Disco.

Today, we've got the privilege of premiering the EP's moving closer, title track "Snakes & Blaggers". Lacing a staccato, choir-sampling instrumental from Hench Recordings mastermind and fellow Bristolian Jakes, Slowie tells the story of a close friendship and illicit business partnership that descends into chaos and backstabbing. We uncover the moral of this almost fable-like tale by the time we reach the third verse ("The streets are crawling with two-faced people / Rats and snakes and fakes and weasels"). It's a thought-provoking listen, and nice to hear an MC lyrically grapple with a topic relevant to a universal audience. Expect to hear more in the same vein from Slowie in the future.

The Snakes and Blaggers EP is available to pre-order via the Durkle Disco Bandcamp here. Follow Slowie on Twitter (@slowieMC) for more updates, and stream the project's title track below.