The emerging grime club night Mucky has been making waves since its inception in June of this year. The new brand champions grime DJs and producers, putting an emphasis on the instrumental side of things and simultaneously showcasing some of the darker, gritter productions coming out of the scene at the moment. They're back for their second instalment tomorrow (Saturday 20 October) at Five Miles in Seven Sisters, with an eye-catching lineup which strikes an impressive balance between seasoned professionals and talented newcomers.

As you can see for yourself on the flyer below, there are some colossal names on the bill, including Trends and Boylan (who've recently announced a forthcoming collaborative album and will likely be playing tunes from it), old school producers P Jam and Terror Danjah, and young blood Silas and Lozzy C alongside many more.

We're giving away a pair of tickets to one lucky reader if they can answer the following question:

Which of the DJs on the lineup also runs the Ghost House record label?

To enter, please tweet your answer to us (@OnceUponAGrime) and include #MUCKY in your tweet. The winner will be announced at 5pm tomorrow (20 October).

Otherwise, tickets are £6 a pop and can still be grabbed on Resident Advisor here ahead of tomorrow's event. Follow Mucky on Twitter (@letsgetmucky) for the latest news on future events. 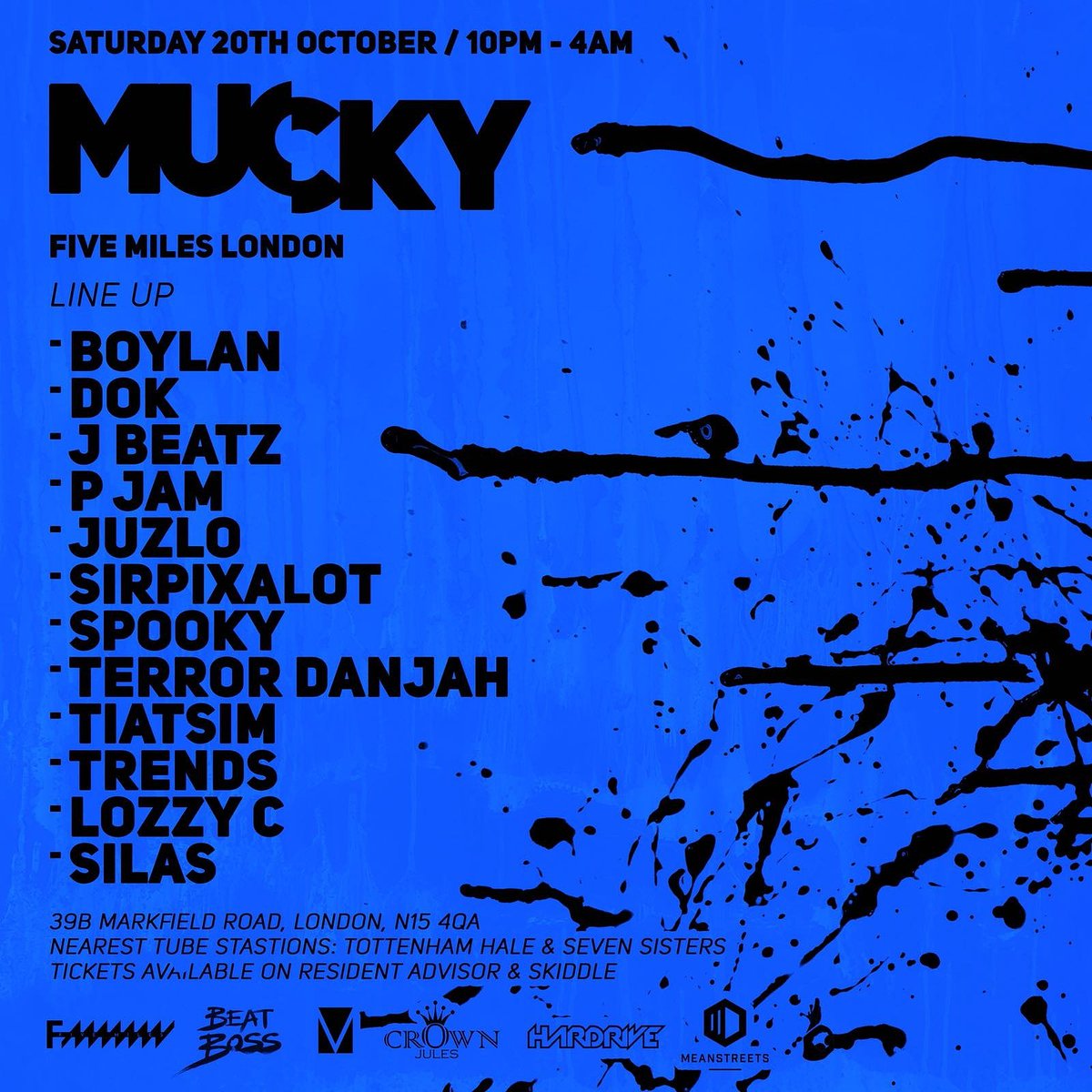