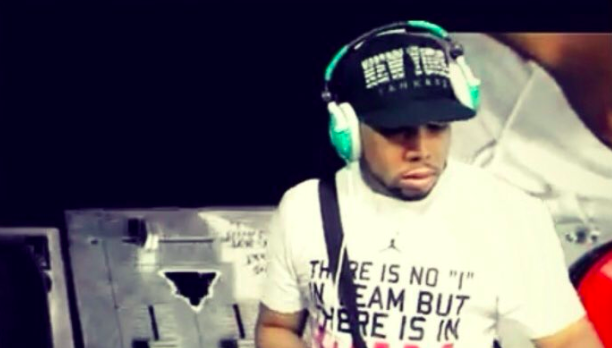 The second in the revamped OUAG mix series and ninth overall is here. Whilst we had a newer face in the scene—our editor Luke Ballance—kick off the revamped series, we've got a seasoned professional DJ for this mix.

DJ Complex has been in the UK music scene from before the turn of the millennium. Starting at the age of 15/16 in Peckham, Complex earned his stripes through playing the warm up sets at a Jamacian pub called the Walmer Castle in is hometown. During that period he helped develop the Deep Clarity Soundsystem. His brother DJ Dropsey suggested the idea. With Dropsey already having the bashment records covered, Complex covered hip-hop and R&B. The third member of the DJ trio, DJ Skream span garage, jungle and also R&B too.

"We used to play alongside Lord Gelly’s—a big UK sound—and other special guests sounds. We had to earn our stripes, we were only 15/16 at this time. We had to do the early warm ups, help set up Lord Gelly's sound system and if we lucky we would get 20/30 mins in the prime time! These times we were so broke, we used to walk from Aylesbury estate, through Burgess Park to the venue, do all the mentioned things above, then walk home, carrying a 7-inch record box and a big 12-inch one! The schooling was real.

The first decks I owned were Sound LAB's Belt Drives. Now I roll with my Pioneer controller, only because sometimes club equipment can be a bit messed up so I like the plug and go option."

Having been in the music game for nearly twenty years, Complex has worked his way through a few radio stations. Currently he's on his own radio station, Kultra Radio, but how did he get to this point? Complex states that "ownership is everything". Starting out on Genesis FM where Dennis Rowe gave him his first chance.

"Shouts to Dennis Rowe [Saxon Sound]. That station was always the one to give the yout dem a chance to keep them off the roads. We then joined Bassline FM with the likes of Dubplate Mex, DJ Smasharelly, Gal Flex, Mix Kids, Hyper Esq, 5th Avenue and G Money (who helped form BBC 1Xtra). We found our selfs in a position where we had to prove ourselves again as all those DJs were the biggest DJs in the club circuit."

Following their show on Bassline FM, the Deep Clarity trio joined Whoa FM (then Flames Radio). Appearances on the likes of Tim Westwood's show on BBC 1Xtra and the now defunct Radio Radio also followed. During the years in between the UK music scene has change dramatically.

"This is the best position the UK music scene has been in. I think it's all to do with timing. Artists don't have to play industry games anymore – you can upload straight to Spotify now, SoundCloud is a ting, and you can bypass the music channels by uploading to YouTube too. Artists can now do the music they want to do without a ''radio formula'' and, as a result of that, we are getting the best music the UK has ever produced overall.

Artists need to be consistent and understand it's quality over quantity and staying humble. A lot of artists get caught in the light and it hurts the art. Also artists need to market themselves correctly – themselves being the keyword. Stay true to yourself, to who you are, there's no need for a new ''look'' every three months.

Grime to me was the first British music genre that truly represented the sound of London unapologetically. I think the grime genre opened the doors for there to even be a UK scene. Grime will be fine, it will be a constant genre what will be around forever. However, I would like to see a evolution of the MCs as I think some of them need to decide if they are a set MC or an artist. Yes, you can do both, but it's not easy – the singles/songs need to have more depth and layers then the generic "I'm the best MC" talk or "badman" talk. Evolve or die, simple.

As far as another ''wave'' that depends on the quality of music that gets put out, it's very competitive in this space, so if we get a few more good releases and consistent ones to the wave would come back... Boy in da Corner was the blueprint, Stormzy's album was a blueprint also... so there are guidelines there for artists to see."

One artist who has stayed true to himself alongside developing his musical craft over the years is Manga Saint Hilare. He's one artist that Complex is really screaming about from the rooftops at the moment. This is definitely reflected in his mix.

"I'm really impressed with how [Manga] has has worked and marketed himself. He has always been one of the coldest but you can tell he proper went back to the drawing board, re-evaluated the landscape and capitalised on it. Now he has his own lane and people riding with him. At the end of the mix, I have a Manga special from me and Manga's joint mixtape Extra Wranglings. Roll Deep's vocal of "Morgue", to me, captures everything great about grime. The riddim, the delivery, the aggression. Proper grime."

Listen to the new mix below to hear the aforementioned tracks, grime classics from the vaults, and dubplate specials from the likes of Merky ACE and MIK. Find DJ Complex on Twitter and Mixcloud for more updates, and stay tuned for our next mix...