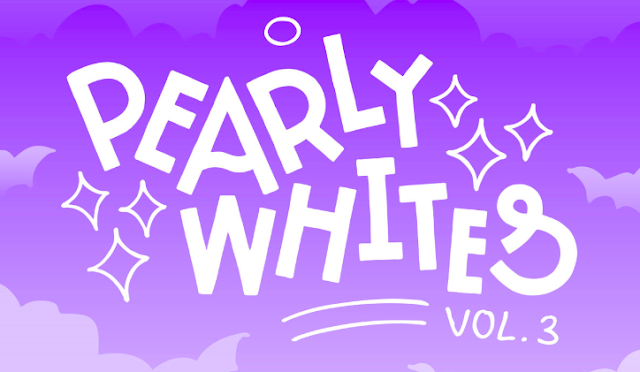 Ever since we heard the first "Wifey Riddim" over ten years ago, there has been a lighter, more sample-based side of grime productions. The formula for R&G has evolved over the years, but the foundations have remained – slowed cuts and R&B samples are stretched out and draped over choppy drums, but the way producers such as DJ Milktray, Bushido and Gundam have created entirely new music using instantly recognisable samples is certainly one way of shutting down a rave. Lemzly Dale's R&G-dedicated label, Pearly Whites, has become a well-respected breeding ground for such innovations.

The producers on Pearly Whites Vol. 3 are not necessarily known for R&G productions, more the type to cause serious damage with darker and heavier grime and dubstep. Nevertheless, this is a compilation of the brightest and best talents in grime and dubstep right now, giving a showcase in how to make unstoppable R&G.

OH91 has been on our radar for a while now, with an impressive back catalogue building on White Peach. He kicks off the compilation with a tranquil, string-led ride "Vanilla" over swaying snares. Where "Vanilla" fades in and out of existence, Jook's celebratory "The Edge" is a more direct and uplifting track, like sunlight piercing through the otherwise dark forest that is his back catalogue. Label boss Lemzly Dale utilises a lo-fi mood on "Telltale" to finesse a key melody through the cracks of a crisp drum pattern – a different side to him than that heard on his Catty release earlier this year.

Nights was probably drawing for his MFDOOM mask when making the next track, "Hold Up", with injections of brass reminiscent of Madvillainy complimenting the skippier beat underneath. Up next is a masterclass in R&G, in the form of Lemzly Dale's "ACME", a beautifully chopped-up refix of Ms. Dynamite's breakthrough "Dy-Na-Mi-Tee". Continuing the sampling show, we have Neffa-T up next with "HKL Flip", who gives himself enough room to implant his own style into Jay-Z's "Hard Knock Life". Invader Spade offers up a change in mood on the next track, "AIR". His credentials in R&G see this as a nice addition to a set filled with slow jams. Aubrey Trnql's "BLAKE" is a track with a lot going on. The female vocal on this one links together the choppy drums with an effortlessly weightless feel.

XOX makes a dream-like melody in "Smooth Silk", which is built on to produce a jumpy, almost garage-like rhythm. Self-proclaimed refix champion Boss Mischief provides another great example on how to switch on the 8-bar with his "Be Your Girl" reimagination, titled after the sampled artist, "Teedra Moses". Prophet creates rhythm with about three drum sounds on "You and me", making quite an impact in under three minutes. The drums well and truly reappear in "Check Work", a track by Arch Juke, layered to almost come across like a jersey club track. RÉMMY filters through freestyle nostalgia over a sleepy beat to give us "SMS". Rounding off the compilation is a Bengal Sound refix of Goldlink's "Crew". Bengal Sound is enjoying a run of great releases in 2018, and provides a well-executed close to a sonically exquisite project.

Pearly Whites Vol. 3 is available to download for free below, via the label's Bandcamp. Anybody looking for some Christmas love – I see no better way of moving to the mistletoe than with this as your soundtrack.