Merky ACE strives to be the best trapstar on 'Endorse' 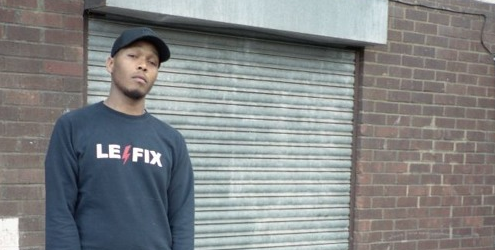 Tizzy Gang's Merky ACE has a substantial following on SoundCloud, yet we haven't heard a peep since his debut album War is Normal dropped earlier in the year. Yesterday, however, he posted an aggressive and blaring banger entitled, "Endorse".

Aggressive in feel, beat, Merky's attitude and deliverance - "still walk with a stick, Rafiki."
This, rather short but powerful track of 2m13s, showcases Merky seemingly stepping up the levels. As he puts it in the description below:
"I AM THE BEST MC BUT IM TRYING TO BECOME THE BEST TRAPSTAR."

From the beginning we hear a mean guitar, heavy with distortion and reverb. This sets the mood. The Lewisham lyricist then enters with confidence, command and an obviously surety on what his role is on the track. Shell, murk and body a riddim.
Too many hard bars on this one - "All kind of badness man endorse. For the cause. No remorse."

Take in the track below and support via the socials.