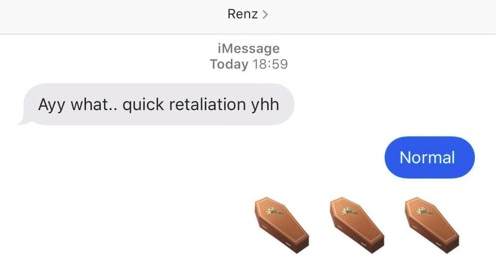 Since he wasn't targeted on Aaze's original dub, Renz hasn't needed to directly reply to any lyrics, but he's helped create a united front for the Mob Set camp: "Say anything greaze that I don't rate / No long ting, I'll flame in your face / But you knew that / That's why you didn't say my name in a negative way".

According to both Yizzy and Shannon Parkes, Aaze has a reply on the way.