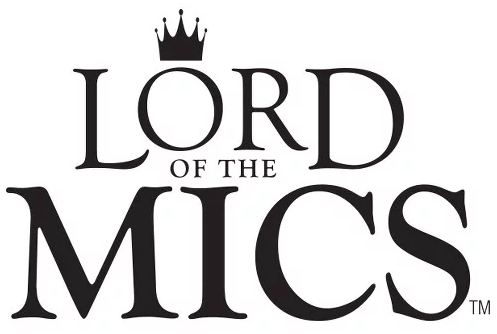 This is a developing story and will regularly be updated with the latest war dubs.

Following a series of recent tweets by Jammer teasing the revival of his much-loved clashing platform Lord of the Mics, any devout grime fan will have found it hard to miss all the war talk being thrown about online. For the eighth instalment of the prestigious event, the Boy Better Know veteran has been more open than ever in his recruitment process thanks to social media, consulting the likes of Funky Dee, Sharky Major, D Double E, Blakie, and Shizz McNaughty to help decide on the lineup.

On Sunday 13 January, after a week of online back-and-forths between MCs as well as speculation from the public, Jammer officially unveiled a first-phase announcement of clashes:
This initial list is far from exhaustive, though. Jammer will soon reveal the full lineup, which has already been confirmed to include Yizzy, Nics and Mischief Artist among others. Meanwhile, a handful of war dubs have been exchanged while confirmed performers fire some blanks at one another and MCs on the periphery ignite some beef in a bid to win Jammer's approval and a spot on the platform. Catch up with all the dubs so far below.

Context: For the last year or so, Mischief Artist has been sending for Funky Dee, releasing three dubs with the latest being the September 2018 drop "3 Nil". He's also been spitting these bars repeatedly on sets at Mode FM. Funky has refused to reply to any of these sends, claiming that Mischief is irrelevant and has bought fake followers. On fourth send in a row, "Brave", he claims the two of them should take it to Lord of the Mics.

Context: After Yizzy and Gemin1 claimed to be the "best back-to-back in grime", these two MCs have staked a claim for the title, waging war and suggesting they solve it by way of a two-on-two clash.

Lyrical highlight: "Just 'cause your mouth bare shaped like an arsehole / Yo, fam, remove those pubes on your lips!"

Context: T.Roadz and SBK are the two youngest MCs set to appear on Lord of the Mics VIII, and 17-year-old SBK has come under fire from some fans due to being three years older than his opponent. On "Tyreece", he addresses these claims and fires some initial shots at his opponent.

Lyrical highlight: "Look inna my eyes, you aren't passing me / You're a child that's gassed off fast cars and sweets!"

Context: Replying to SBK's above diss "Tyreece", T.Roadz has pulled out all the stops with his first war dub. Travelling to SBK's hometown of Stevenage to record the AshOnCam-produced video—which also features a cameo from Brum heavyweight SafOne—he borrows one of his opponent's instrumentals and proceeds to diss him over it.

Context: SBK links up with Lordie to film a Grime Report freestyle aimed at T.Roadz – mostly reusing bars from "Tyreece" along with bars from elsewhere such as those used on his Hell In A Cell 2 war dub "Walking Down the Road".

Context: Scunthorpe's F.O.S. may not be too well-known to Londoners, but he earned his stripes in grime from 2014–16 through a spree of WAW clashes, taking on the likes of Izzie Gibbs and P Solja. On this war dub, he questions why Yizzy infamously stole bars from Phidizz, and also claims he got dismissed by Cadell after ringing up his "Hotline" a few years ago and demanding a war which he never got.

Lyrical highlight: "Kamakaze talks to the federal / That's the only time that he talks to the boys in blue / You're shit at grime and football too!"

Nottingham MCs Kyeza and Sparx have both been confirmed as participants in Lord of the Mics VIII. They've been hinting at a two-on-two clash...

During a Flex FM set with DJ Lioness, Aaze, Doni Rampage, and Slickman Party on 18 January, Yizzy sent for PK – claiming that the Camden MC and YGG member has been "running from a clash" and was happy to clash him at Grime Originals but not at Lord of the Mics. He also sends for Saint P.

Listen from 1:20:40 to hear him tell PK "you're not Mexican", "your voice sounds like your balls ain't dropped", and "you're only good when you're part of a crew / That's why your solo shit never bangs" over Jammz, Joker and NYTA's "Play That" instrumental:

Before Jammer releases the full lineup, here's our list of all the MCs who've announced they'll be appearing at Lord of the Mics VIII:

Haringey MC Reece West has just revealed that he too will be clashing someone.

It's been a fairly uneventful week for Lord of the Mics news, although here are a few developments worth knowing about...

Back on 11 January, Crafty 893 sent for Ten Dixon on Oblig's Birthday Set on Rinse, branding him "Ten Kelly" after he said he was willing to clash 17-year-old SBK and claiming "your gyal is easy, not buff" (skip to 1:24:29 to hear Crafty's bars):

Mischief Artist has continued his long-running feud with Funky Dee by sending for him during Marcus Nasty's Hell In A Cell x Girls of Grime special show, which took place on Reprezent on Monday night. Skip to 1:40:20 to hear him spit a combination of old and new bars for Funky.

In other news, Woolwich MC Bzerk has entered the fray, revealing via Twitter and Instagram that he's "blessed to be a part of this year's LOTM". Meanwhile, Jay0117 has tweeted "Did somebody say Hype Session?!", implying that his first bars for Tommy B are imminent.

London's Grime Originals event on 26 January looked like it could get hostile, as Lord of the Mics opponents Jay0117 and Tommy B, Logan and GHSTLY XXVII all shared the stage during Oblig's New Gen set. Nothing too out of the ordinary occurred, though. Logan weaved GHS's name into some of his most well-known lyrics, warming up for warring season with some light sends for his opponent, but the most direct send of the night was probably this photo:

On 29 January, C. Dash of Invasion Alert revealed that he will taking part in a clash. The last few weeks have been relatively uneventful, but today Jammer has invited all the participants to attend a photo shoot and interview.

Alongside their aforementioned photo shoot on 10 February, some of the warmongers took part in an official cypher with Treble Clef on decks, which naturally turned into a clash and saw the emergence of Tana and Ten Dixon's first bars for one another as well as some fiery exchanges between Micofcourse and Yizzy, who have now been revealed as opponents. Gen livestreamed parts of the cypher via Instagram, which emerging grime documenter 'WotsDaSceneSayin?' has screencapped and made available to view below:


Keen eyes will spot Kabz, F.O.S., Zen, and Squintz in the background, seemingly confirming that they too will be taking part in Lord of the Mics 8. After all, in an interview on Flex FM last month, Squintz told DJ Lioness: "The only person that it makes sense for me to clash is Aaze, or maybe another person, but man don't care about that... I'd rather get spun than clash a shit MC... I've said I'm down, I'm just waiting... I'm ready. I could do it now."

In the new cypher, Tana labels Dixon "a clapped-out Dave Chappelle", while Micofcourse gets the best audience reaction when he takes aim at his opponent's history of stealing Phidizz's lyrics:

In retaliation, Yizzy remixes Micofcourse's well-known 'do what your dad should have done to your mum' lyric:

Tommy B, Kabz, Reece West, and others also touch mic, but none of their lyrics are aimed at particular opponents. It may be a while before we see the official clash footage, so for now, enjoy the clip above! 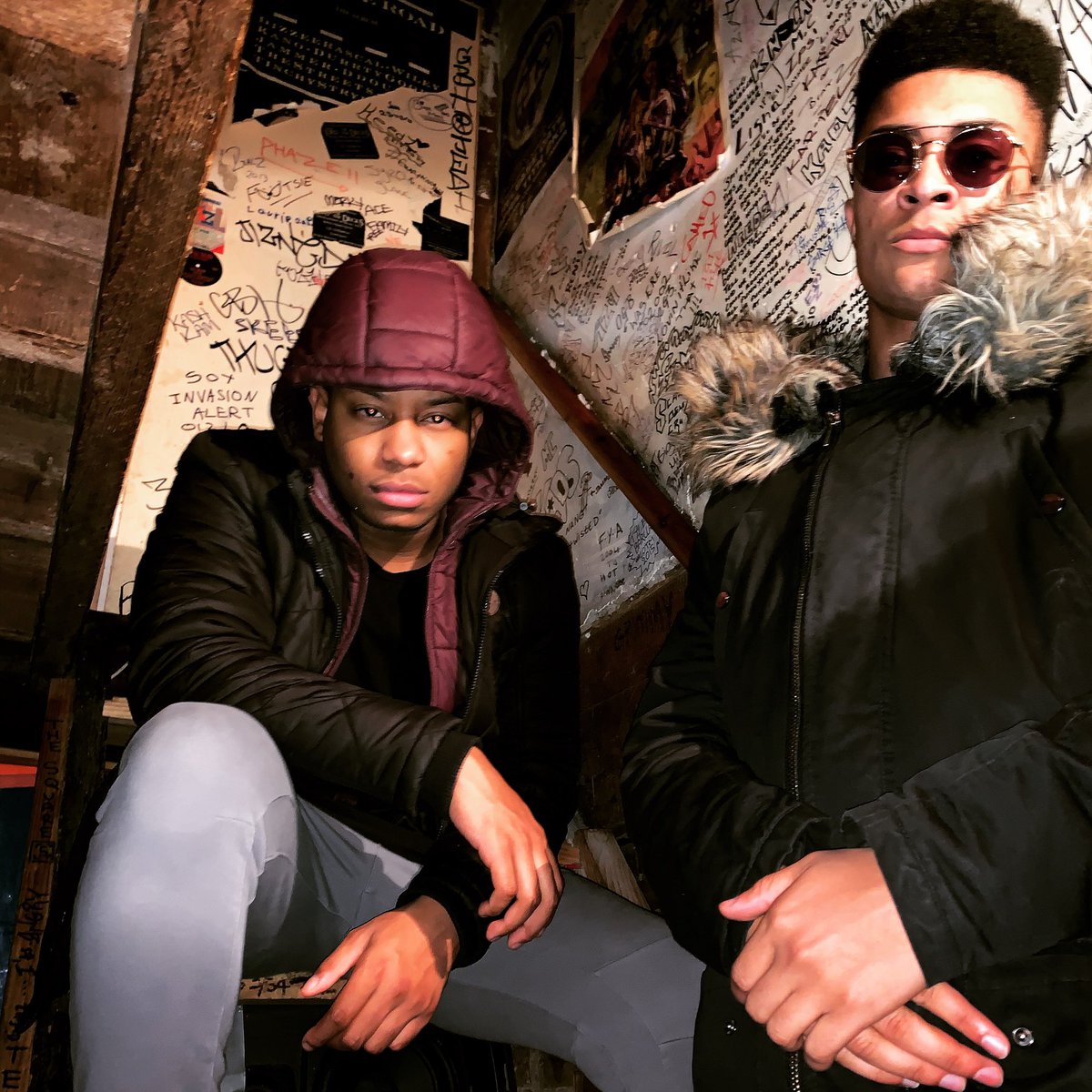 Meanwhile, on 18 February, Gen and Jafro took to Jammer's basement to record a new collaboration in the iconic studio. Once again, Gen was streaming via Instagram Live, and has leaked a clip of the song here.