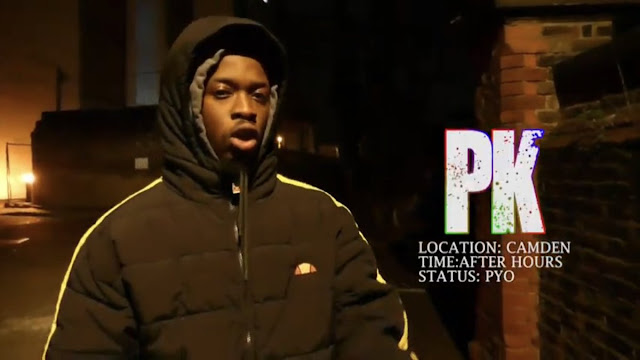 After a fantastic 2018 which saw PK release debut solo EP Bad Ombré; drop freestyles; and continue to shell down radio sets, grime's very own Camden Lad has started 2019 with a bang with the new "2000 and PYO Freestyle."

"Me and the mandem are moving raw like butchers, but we don't talk to the pork!"

Gracing GRANDMIXXER and JEB1's "Ethiopian Hills" production, the YGG frontman's skippy flow and wordplay are clear for all to see. Four minutes or so of raw and unedited bars will please fans of one of the best spitters in the scene, and will remind older listeners of early grime.

After larging up Irah and exclaiming "YGG to the world and back!", PK walks off the camera. At the very end of the video, the cover for PK's upcoming release "Muy Bien" appears on the screen. The self-proclaimed 'Bad Ombré' has long been a fan of the Spanish language, with lyrics and even a song dedicated to Santi Cazorla. The brand new release, which will drop on 11 December and is produced by D.O.K, will surely display the energy and ability on the mic synonymous with one of grime's true new school dons.