Spooky drops a cluster bomb of dubplates on SoundCloud 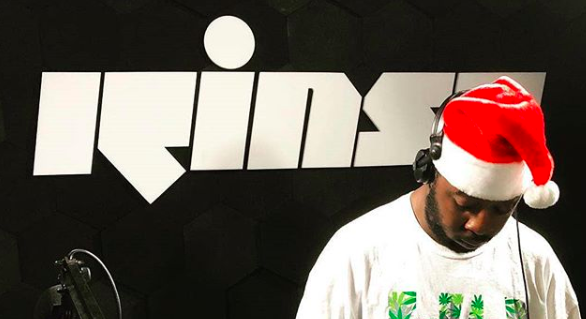 Grime owes a lot to its producers. In 2007–2011, where MCs were the only widely talked-about aspect of grime, it was the persistent and consistent work of stalwart producers that kept the grime scene alive – whilst others were busy climbing to commercial success in pop charts.

The key to success in production is not only the quality of the content, but the work rate in which it is churned out. Look no further than Hackney's Spooky Bizzle in terms of work rate. Since his arrival on radio in May 2003, The Spartan has never stopped – making track after track, dub after dub, with the occasional release making it to vinyl (typically found on Oil Gang). "i wake up, brush my teeth, pick an outfit, then go to mode and build tunes or EQ what i did the night before. Then eff off home to sleep" claimed Spooky when asked about a day in his life. But "home to sleep" usually only happens after he shells down the Night Shift on Mode FM, going until 3AM.

We see a wide spectrum of genres given the Spooky treatment this time round. In his latest bombardment of artillery: there is a completely re-thought take on his namesake "Spartan" on "Electric Spartan", mashing it up with Rude Kid's "Electric"; a jungle re-work of Rebound X's iconic "Rhythm 'n' Gash" entitled "Jungle Gash".


"Twisted Core" is a 178BPM assault with hints of Fis-T's Night Hunter ringing through. "Trippin' Out" does what it says it will do with a strangely hypnotic hip-hop beat. Roots and dub heater "False Rumourz" had the windows shaking, while "Run 4 Cover 2018 VIP" took a similar set of ingredients but came together all the more clarty. "Hungry Tiger 2020" was chilling in delivery, a true onslaught of bassweight.


A change of mood in "Pender's Groove" gives soulful piano and funk bass over classic Spooky drums. "Murder Charge" hits very hard, and "Police and Thief Riddim" keeps the gunshots rolling through. "Bonnie and Clyde Riddim" is a choppy masterclass, and "Crime Scene" rounds this instalment off in the heaviest of styles; giving us a well rounded reminder of just how good Spooky is, and how important his constant contribution is to grime.