An interview with Shizz McNaughty 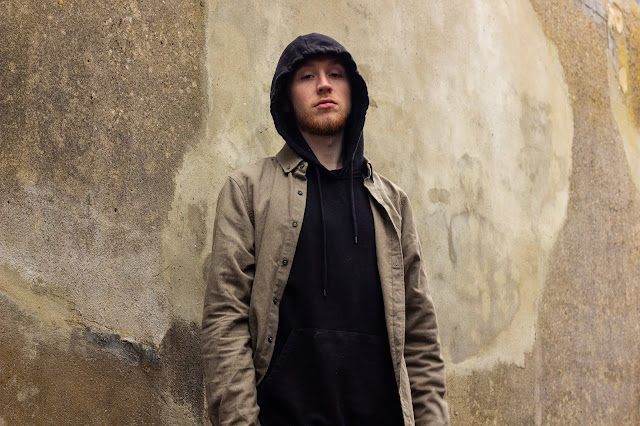 
"There was a time of [the grime] era that was untouchable."

From around 2006, Shizz has been attached to the grime scene, key areas, and leading people. But for those who may not know, he's that "little shit from Bow, Tower Hamlets".

Shizz's story goes back way before the genre was even called grime. He lived in E14 but his entire childhood was formed around Devons Road. Lanbury Youth Club was a big part of this childhood, as he lived very close and would visit frequently. To provide context on how young Shizz was starting out in this environment, at first, he was too young to go into the clubs due to age restrictions. These are the days that crews were major on the scene – Wile Out, Mucky Wolfpack, Big Timers, Bomb Squad. The youth club was also a melting pot, as even MC's from South London would make their way over to spray a 16. Wiley's Father (Richard Cowie Snr) was one certain member, who helped the kids battle through the elements of Reason and other DAW's, and helped them learn the fundamentals of producing.

Shizz and his cousin, Discarda, were both members of Mucky Wolfpack before Discarda touched down with Wile Out. Specifically, Shizz started out with Mucky Cubs – a younger, subdivision of its parent crew – which was mentored by God's Gift. These times, he was known as Little Shit. This title grew to Big Shizz, as did the artist. He began releasing music, freestyles across a magnitude of platforms, securing features for other talented artists, and joining The Rascals – though the collective had been rhyming together as 'Lil Rascals' since they were 12-13. During this time, the East London barrer had an amazing connection with another East native, Maxsta. The similar talents, personalities, and friendship was clear as they would shell freestyles and radio sets together, and produce bangers like "The Warm Up" and "On The Low". Looking back through their catalogue, show you just how good and well-formed they were together. 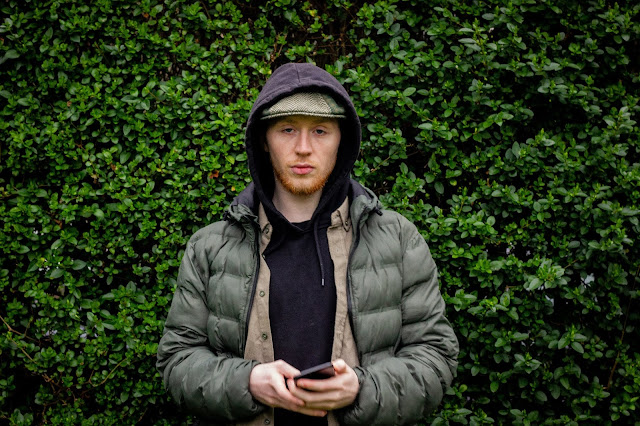 However, The Rascals were Shizz' focus as a 'group collective'. Whilst Kay Wills provided the melodies, the remaining three (Merkz, Tempz, and Shizz) responded with the bars. In turn, this team took Shizz to new heights as they achieved moderate chart success, and even supported the now colossal superstar that is Kendrick Lamar on his good kid, m.A.A.d city UK tour. Unfortunately, the band disbanded and each went their separate ways. Although this time following may have seemed like quiet period for Shizz, we need to take note that the still fairly young lyricist was also producing. In some sense, this may have been a switch of musical focus after years of rapping. Plus, it showed that not only was Shizz a lyricist, but that music ran through him in various senses. The results from his productions were decent. He has pushed the buttons for artists such as Astrixx, Brotherhood, Cadell, Dot Rotten, Eyez, Fusion, Grim Sickers and Mercston.

To conclude to our present moment, Shizz is doing him – elevated to the new moniker of Shizz McNaughty (a play on his real name), raising a family, releasing music, producing and still duppying freestyles. His latest project, The Naughty Norties was released independently and houses an incredible idea - to flip old, famous tracks dropped in the 2000's. We hear the sonics of Dr Dre "Xxplosive"; The All Seeing I "The Beat Goes On"; Justin Timberlake "Like I Love You"; and Dirty Danger "Misty Cold". Whilst producers include Shizz himself, Aesthetic Kid, Neffa T, DJ Cable, and Freeza Chin.
We were able to connect with the man behind a fair amount in this grime scene history and ask him some questions - on music, life, grime, the mixtape, ups and downs, the future and lastly, a quick-fire question round. 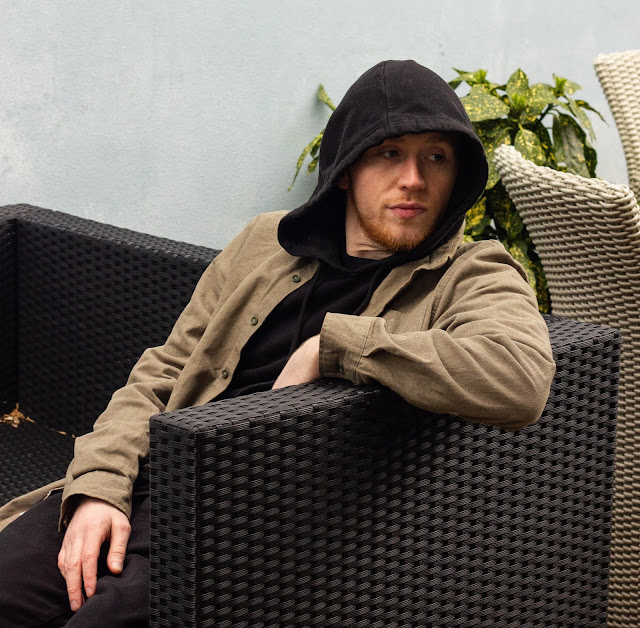 How did you first get into music?
"My household's always had music playing, but me getting into music myself was when I started hearing UK sounds from vinyl which never particularly had a genre at the time but represented the surroundings we lived in and grew to be a scene. I first picked up a mic at my youth club."

If you chose where you could grow up, where would it be?
"Maybe somewhere hot, but I wouldn’t be the person I am today."

Growing up there, how has Bow or London moulded you?
"I think the people I've crossed paths with and experiences I’ve been through shaped me to who I am. Nothing like the East End, Bow Bells. The good and the bad."

What was the album of your childhood, or significant music?
"I’d say 'Boy in da Corner' or 'Showtime' but you would expect that, mainly because Dizzee mentions roads and areas I was growing up in so at the time it was like speaking from what I was experiencing. Other than that, songs like UB40's – them pub classics."

After being in UK music since early, how have you grown? How has the scene grown?
"It's grown a lot, I've grown up a lot too. I've started picking up producing now, but since a kid I’ve always watched and observed. I haven’t ever put out a album to show my growth but being signed and stuff like that has showed me how the game works."

"The scene's grown and internet's helped massively, I think. People don’t need majors as much anymore to put out music with things like Ditto. People out there’s success is prime examples that you can do what you want." 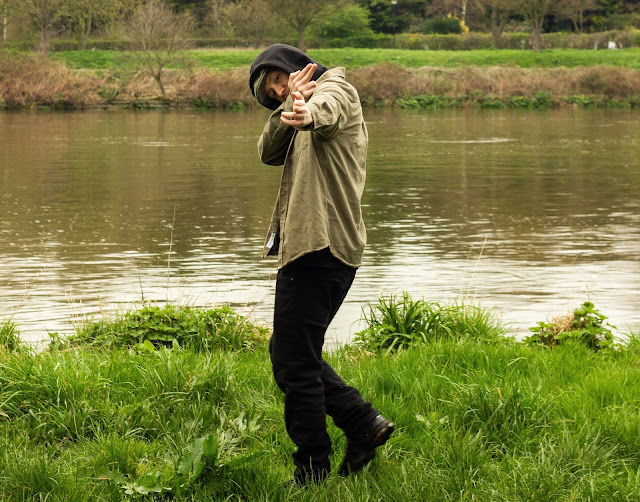 Is there one person above anyone else that has helped / supported you?
"I wouldn’t pin it on one person, but I do get support from my close people around me. Top of my head I would say Bless Beats showed me a lot on the buttons throughout the years – known him since I was a kid, [and he is] always showing me something new with the music world.
I’ve built some good relationships with people; Ellis Dawg has been helping me out a lot with the visuals. You have to realise also if you are coming up, you can’t do everything yourself, it is good to have friends of yours that are great at what they do and make a team. Say if you’re doing music, and your mate loves driving but doesn’t necessarily have a job, he could be a tour manager one day."

For you, what are the defining moments of Grime?
"For me the Wolfpack days, Roman Road, Risky Roads era, Rhythm Division. Dee Cee shop to get Daffy Duck on some creps. I can’t even say a defining moment but there was a time of an era that was untouchable."

What inspired you to make the 00s tape?
"I wanted to flip songs from the 2000 generation that people where familiar with and that I liked but give it a grime twist to show people out of the UK what grime feels like and try give them an understanding in my own way."

"Do you, nobody can do you apart from yourself.

Murk in your own lane." 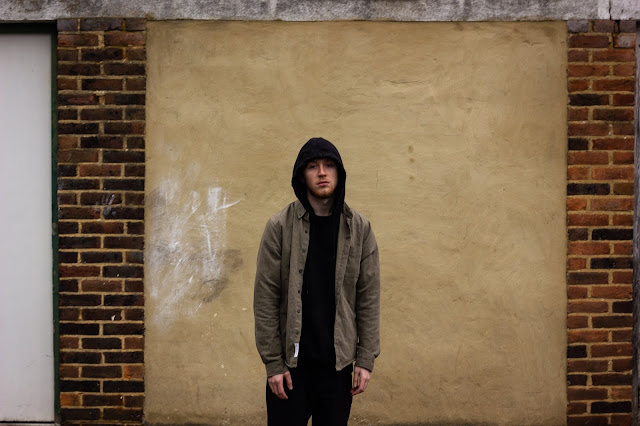 What is special about this project?
"To me it’s my first tape, but I think it’s easily digestible for someone overseas to understand our sound I think we are at a time everyone is looking at the UK for the flavour, this for me was a insight to that."

If you were to show an audience one song from the tape, which would it be?
"When The Beat Goes On."

What is so significant for you about the 00s?
"This was the era I grew up in, when grime first started and when I started music."

What are your personal highlights of your career?
"My first time I was on a flyer as Little Shit and ending up on stage with Wiley and Bushkin at Stratford Circus. Being signed with my bredrins has a lot of good memories; [like] going Spain for 2 weeks to do an album, [and] when Kendrick Lamar put out 'good kid, m.A.A.d city', supporting him on his UK tour was a surprise too."

How do you gauge success?
"Everyone’s human. As long as you’re happy and real to yourself and have money in your back pocket that is success."


"Fear is a pussyhole ting." 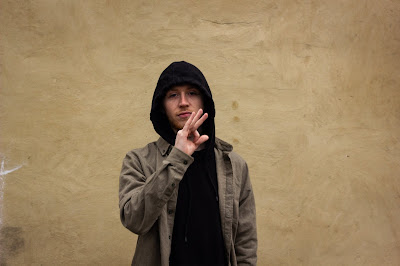 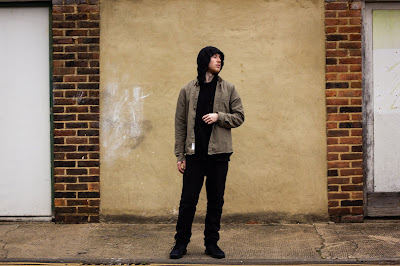 Can you elaborate on the coming together, and disbanding of the Rascals?
"Rascals were a group me, Tempz [St Louis], Merkz started and Kay. We grew up in the same area, being in Wolfpack as kids but took music more seriously. From having the same manager from the start of the group to being in deals etc. kind of went pair shaped later so we left it out."

Do you prefer being solo or working in a group/ other MC?
"All depends as long as there are vibes."

After being on LOTM 5, what advice or knowledge can you offer those clashing this time round?
"Go in there all guns blazing. Annihilate your opponent but have fun doing it."

What can we expect in the future from yourself?
"I’m producing my first album at the moment but there’s a lot of heat going on I’m excited just watch. As I’m doing my stuff I’m producing for other people too."

One piece of advice for the younger generation?
"Do you, nobody can do you apart from yourself. Murk in your own lane. When things start to get serious build a team from your friends and make it a business." 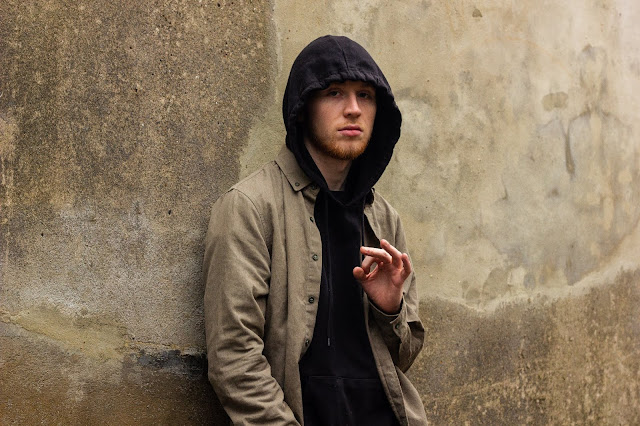 Happiness is, “life”.
Fear is, “a pussyhole ting”.
Inspiration is, “key”.
My dream feature is, “Ali Campbell”.
My favourite track of my own is, “100”.
The past taught me, “lessons”.
My present is, “now”.
My future will hold, “greatness”.
My greatest achievement to date is, “breathing”.
My name is Shizz and I'm a, “badboy”. 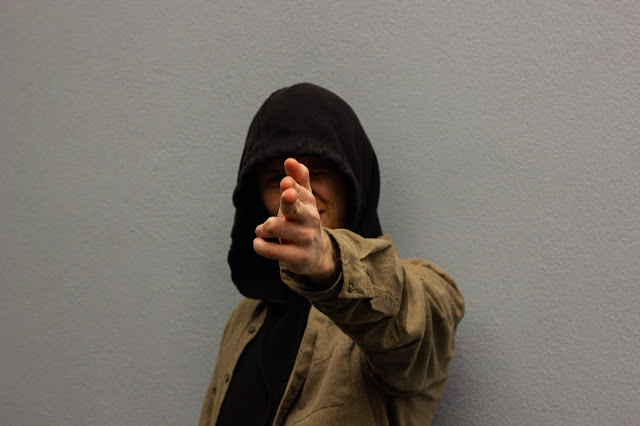