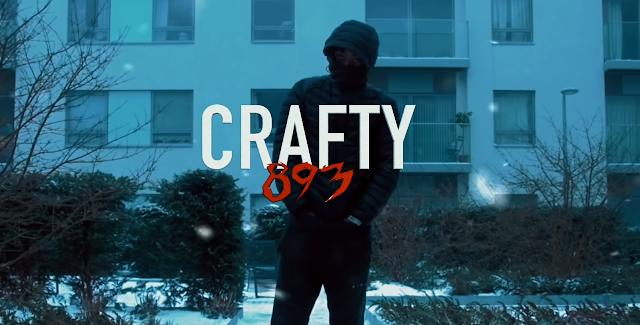 If it wasn't getting already colder in England, Crafty893 made sure that last Sunday was frozen by showcasing "Bad Breed" visuals.


This track is something else. It was first released on last year's Dugout Records presents WELCOME compilation, however now, we receive visuals via Grime Report. Assisted in production by GrandMixxer, this joint is nothing nice and shells even before Crafty steps up to the mic.
We are initiated into the track by jagged fonts, alarm pattern synths, eerily silent pauses, and Lil John's famous adlib. Similar to a successful story arc, this intro fundamentally builds up anticipation for the track. Figuratively, pushing the listener further and further to the edge of their seat before Crafty appears to boot it from under them.

Settings appear as chilly as the bars. Crafty stands confidently on frozen ground, in Winter weather, and thus, we are picked back up after the figurative 'chair kick' to ingest Crafty's following statements. A consistent, wickedly rhyming MC, the South London rapper delivers his bars - full of venom, boasy nature, and sinisterly clever rhymes. With multiple rewind moments throughout the track a stand out bar goes as follows:
"...Got my name saved in her phone as cuz. I'm your Dad but you ain't my yout. Raise up godson's just like Joseph does".