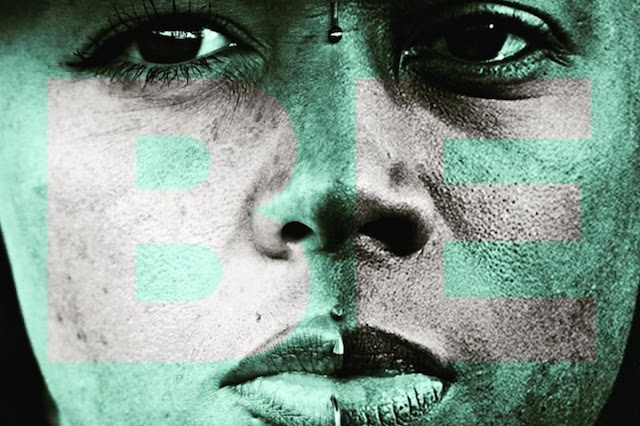 Something very creative and rare from a Grime OG today. A back in February after months on end of preparation, former Newham General, Monkstar, released his joint eight track project. Unleashed upon the world via DJ Logan Sama's KeepinItGrimey inprint, each track has a visual already shot for it with the YouTube playlist compiled for your viewing and listening pleasure.

Known for his inteligenent and thought provoking bars, Monkstar's project with Sharee was always going to be something creative and different from the rest of the scene. The duo open and close the release together with 'Blow These Speakers' and 'Back Dat', but Sharee really holds things down with her solo effort 'Growing'. Seasoned vets such as Melvillous and Manga Saint Hilare laced bars for the 'Be' release as did a slightly younger name and face known as Esskay did too. The 360 shots during the 'The One' visual come top of the eight videos, but musically for hardcore Grime fans there was always going to be one winner, 'General Flow'.

Reunited once again, the original Newham Generals trio bring back that raw Grime essence which made fans fall for their bars and persona all those years ago. With all these features throughout, Monkstar is given room to breathe on 'Grime Revival'.

Whilst the tracks mentioned within this article may not be in the same order as the 'Be' release, the playlist below definitely is. 'Be' is also available on all other digital streaming sites such as Apple Music, Deezer and Spotify too by clicking here.

Whilst you're at it, don't forget to follow both Monkstar and Sharee on their social media sites too.