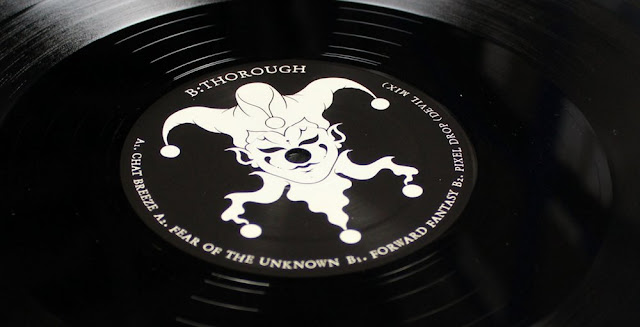 Record labels are the pillars of grime. They are the very engines that take music from an idea to physical release. They are responsible for making their own sound, which in turn shapes and influences the creative direction the producer takes. For example: Manchester based producer Walton releases hard hitting grime and 140 production on Pinch’s Tectonic label, but also puts out 4x4 techno projects on Madam X’s Kaizen imprint.

There are long standing record labels such as White Peach and Slimzos which would be every producer's dream to put work out on, but the rise in new generation record labels are peaking interest in even the most decorated in instrumental grime.

Dream Eater Records is fast rising through the ranks and becoming a hub for the most authentic grime productions around. With a heavyweight roster made up of Scratcha DVA, JT The Goon, Sir Hiss and Polonis to name a few, it has sparked the interest of many producers – aspiring to get their work pressed on the often irregularly-shaped lathe cut vinyl “Dream Eater Whites”.

For their latest release, Dream Eater have called on the young, Croydon-based B:Thorough, who appeared on DR004 and DR005 alongside the likes of Filthy Gears and JFO, and returns for four tracks that sound as forward-thinking as they do deeply rooted in the foundation of grime.

"Chat Breeze" starts off the EP with a thematic melody piercing through a beat that takes you on an 8-bar journey back to Ruff Sqwad and Jme. “I just kept sending stuff and they wanted "Chat Breeze" for a while, since DR004”, B:Thorough tells us when asked about the growth of the EP.

The temperature drops significantly in "Fear Of The Unknown", where he delivers icy synths reminiscent of Tom. E. Vercetti’s “Future Perfect”.
“I sent through a big batch, and Will [Dream Eater label boss] wanted that for the EP straight away.”

"Forward Fantasy" is anthemically driven, with scale-surfing melodies and bursts of snares that evoke images of Boxed nights in 2013.
“Some of my biggest influences are the guys from Boxed: Slackk, JT The Goon, Dark0 and Fallow... I sent through loads of versions of this track, all sounding really different – might get those out one day, who knows!”

When asked about track selection for the EP, B:Thorough responded with: “My tracks are never finished before I send them to Will. More ideas at that stage but we have a good relationship and understand each other well, we met over a like for rare vinyl through a buying and selling group.”

“I sent over "Pixel Drops", but it was the devil mix that caught Will’s attention that I sent him a few weeks later.”

Rounding off this incredible EP is the devil mix to "Pixel Drops". A drum-less zoner that proves sometimes less is more, as the impactful mids give the structure in place of a beat. It’s a moving end to the project, leaving you feeling empty and reflective. The structure of the four-tracker was as well thought-out as an album, with this ending like the end credits.

The future looks very bright for B:Thorough, with works already underway for the rest of this year: “I’ve got an EP building already with Rich Rose [one of OUAG’s writers], and a couple of very exciting collabs that I may or may not talk about right now!”

This EP is out now and has been spun by the likes of Spooky, L U C Y and Grizzle. Head over to Dream Eater’s website for the cop. All vinyl are limited press and each one has been an instant classic. You won’t want to miss this.