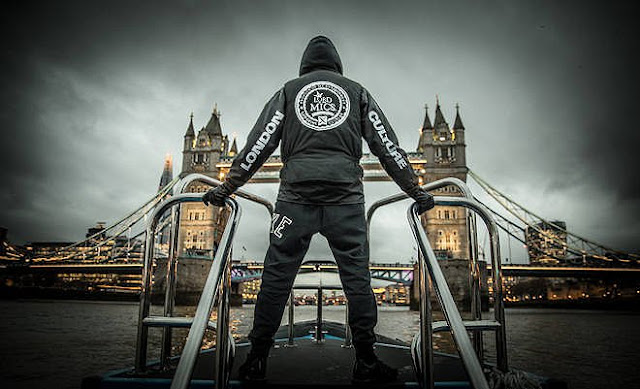 Lord of the Mics 8 is just around the corner with Lord of the Mics 9 not too far behind. Rumours has it it's been filmed already. With all this in mind, on the 28th March the LOTM team assembled the battling MCs, gathered the press/media and took to the Thames for a promo event. The likes of Treble Clef (below right) and DJ Maximum provided the vibes on the evening as competition winners, journalists and a few figureheads in the game sipped a mix of Alizé, Henny, Magnum, plus Wray & Newphews for good measure. 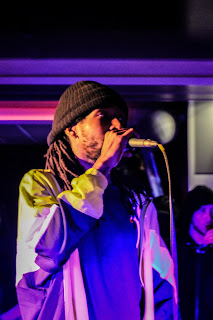 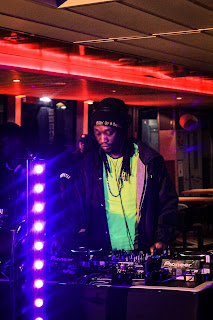 .
Floating up and down the Thames thanks to City Cruises, the boat headed down to East London briefly to showcase the home and where it all began for Grime music. After the DJs finished warming up the crowd, comedian Colesy Boy (below) gave a performance of his infamous viral Instagram bars before the MCs from the latest edition of Lord of the Mics took to the stage to clash. Tommy B reminded Jay0117 that he'll never be "his Dad" as the duo took to the stage first and diss lyrics flew back and forth between them. If the live performance is anything to go by, the Essex vs Bristol clash could be the most exciting one on the DVD. 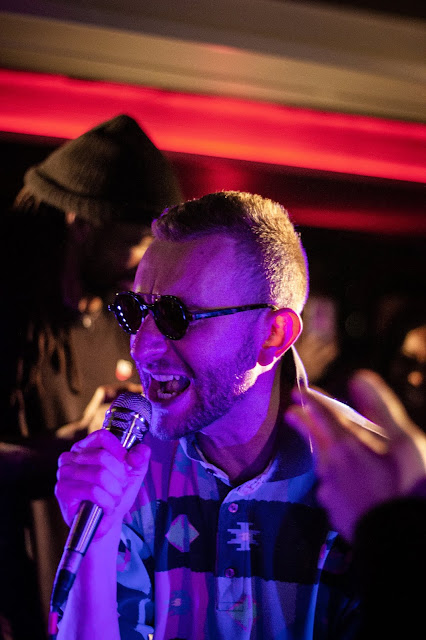 The battle of the youngsters, SBK vs T Roadz, got the crowd hyped as did a blue haired Logan when he drew for his bars for Armz (who replaced GHSTLY XXVII on the DVD). Leicester's Jafro delivered a rendition of his Bl@ckbox freestyle as his opponent Dialect wasn't on the boat that evening. The clash of the night had to be Tana vs Ten Dixon. Tensions were high as the pair once again came face-to-face. So high that Jammer had to get between the pair as Ten slapped Tana's hat clean off his head. That plus Ten screaming his "man's not even well" bars in Tana's face raised the roof. 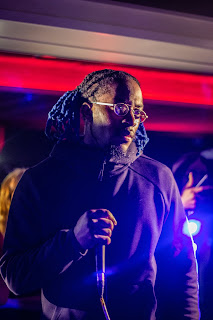 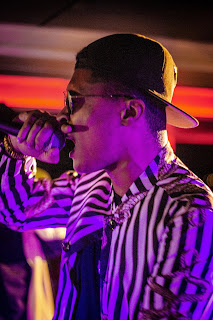 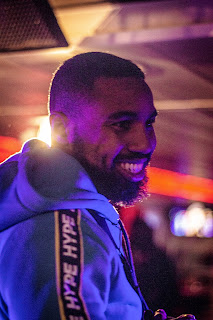 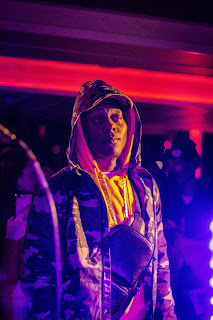 The surprises on the night weren't stopping there. Recently Jammer went viral after getting pushed over on stage, but he's turning that L into a W. Former Arsenal and England striker Ian Wright was accussed of being the perpetrator who pushed Jammer – he wasn't, of course; he was presenting on the BBC at the time. Jammer previewed his new single and video to those on the boat which was cleverly named "Ian Wright". The full and official music video is now live on YouTube for the world to see.

If the previews of what's to come from Lord of the Mics 8 on the boat is anything to go by, we're in for a real treat.

Lord of the Mics 8 is out soon on all digital outlets as well as in physical. Don't forget to follow their updates on Instagram and Twitter too.