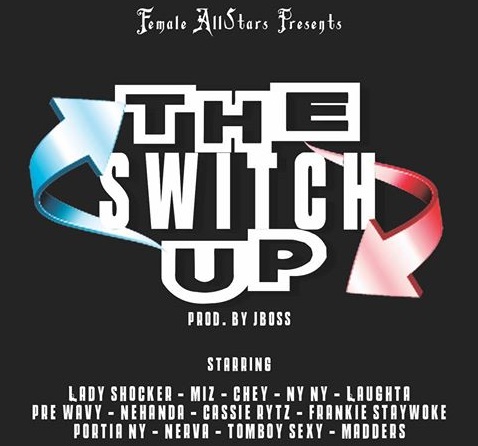 The record, consisting of 13 artists on 1 track, brings us 8 bars from each. Being a prominently male sport, it's a great to see this camaraderie amongst the female grime MCs - combining together to deliver a track that presents more than just the music (working as a team, and supporting each other); and shows out for their gender and talents.

It seems as though Lady Shocker played significant role in the creation of this record, as she sets off the pace. What follows is each MC displaying their own styles and bars; interpretation of the music; and maximising their 14 seconds to shine.
JBoss produces the funky and bouncy instrumental. Projected forward by pulsating bass wobbles; on beat kicks; and high-pitched, jiggering percussion.